The Rt. Hon. Speaker of Parliament, Rebecca Kadaga, has launched a handbook for financial accountability committees which, among others, provides procedures of handling witnesses appearing before committees.

The financial accountability committees targeted, all of which are chaired by Opposition MPs, include: the Public Accounts Committee; the Local Government Accounts Committee and the Committee on Commissions, Statutory Authorities and State Enterprises.

While carrying out their work, the committees call or summon various persons that may include Ministers, heads of government departments and accounting officers.

“Witnesses are key to determining why irregularities occurred, what has been done about them, and what will prevent them from happening again,” an excerpt of the handbook states.

According to the handbook, committees must provide witnesses with a pre-appearance briefing, the agenda and information about the upcoming hearing. The Committee must also seek to obtain a thorough briefing from the Auditor General on the background and substance related to the appearance of specific witnesses.

“There is still a gap (in accountability process), which should not be blamed on Parliament. We need to support the Auditor General to deliver on their mandate faster,” said Kadaga.

The Auditor General is established under the Constitution to audit and report on the public accounts of Uganda and of all public offices; and is also mandated to conduct financial and value for money audits in respect of any project involving public funds.

The Speaker asked development partners to work with Parliament while designing programmes intended for the institution or its committees.

“Any donors wishing to work with Parliament must first come and we agree on the programme; we must design the programme together, so that we support the country in its efforts to improve and develop,” she said.

The Clerk to Parliament, Mrs. Jane Kibirige, said that the book was developed through a two-year consultative process, involving legislators and staff of both the 9th and 10th parliaments, civil society and experts on Parliamentary practices and procedures.

“This process has not only ensured a consensual final product but importantly enriched the content,” said Mrs. Kibirige.
She pledged full implementation of the handbook as a guide for the efficient and effective discharge of the mandate of accountability committees. 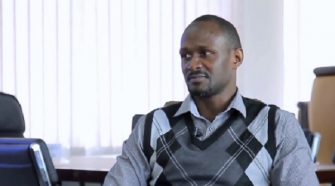