The Minister of Information Technology and Communication, Frank Tumwebaze has described as rubbish and cheap propaganda, reports that he owns properties in Rwanda and that they have been seized by Rwanda authorities.

A statement (not dated) making rounds on social media purportedly from the Rwanda National Police indicates that today morning, their Special Operations Branch took possession of some properties by force although no arrests were made.

It is noted in the statement that the Rwandan Police was notified at 7:35am about a possible threat in the said properties and reacted by intersecting several streets. After the alleged search, it is indicated that the properties were evacuated in the morning due to well investigated threat.

It claims that the cordons were removed at 10am but nothing of concern was found.

“Police will communicate and confirm the exact nature of the threat but a search warrant was executed because activities at the said properties are related to the threat,” read the purported police statement.

“Several electronic devices, including mobile phones and computers were seized in the search and police are speaking with a number of youths over the incident. No one has been charged at this time,” adds the statement.

However, the Minister has taken to twitter to and vowed never to be diverted by the schemers of such “propaganda.”

“Just rubbish or call it fake news of cheap and illogical propagandists. I never waste time with those who invest in propaganda to serve their malicious schemes. I am never diverted by such and their sponsors,” wrote Tumwebaze on Twitter.

Like earlier indicated, the purported police statement seems not genuine right from the onset since it bears no date, an important feature of any official statement. It is also not anywhere on the official media platforms of agencies of the government of Rwanda.

Rwanda Police too said in a tweet that the letter was not genuine.

This letter that has been circulating on different social media platforms is not genuine and should be treated as such.

It is not clear whether people behind this well crafted scheme are Tumwebaze’s political rivals or have to do with the current standoff between Uganda and Rwanda where Kigali is blocking her nationals travelling by road from crossing to Uganda on claims that they are not safe in Uganda.

Rwanda continues to accuse Uganda of among other things incarcerating and deporting her citizens, a claim Uganda dismissed on grounds that they followed judicial process to deport some of the Rwandan citizens who engaged in criminal acts. 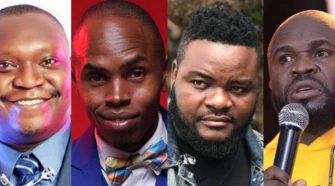