The convict will only serve 9 months since she has been in custody for 9 months so far.

The magistrate said that her sentencing was based on the fact that she (Stella Nyanzi) is unrepentant and that cyber harassment is on the increase in the country.

Nyanzi however did not physically appear in the Buganda road court for her sentence.

The magistrate opted to use video conferencing technology, where the accused (in the detention facility) and court follow proceedings via a live video feed through a TV screen.

As part of her protest, Nyanzi refused to listen to the sentence and revealed her breasts to court, shouting on top of her voice as she swung her breasts.

Stella said they brought her into the dock in prison to listen to her sentence, against her will.

After the sentence, the huge numbers of people in the court room resorted to singing and shouting in an attempt to console the convict which made it hard to listen clearly to the magistrate’s last words.

In the process, an unknown individual threw a bottle to the magistrate prompting her to prematurely leave the court room. Police made some arrests in the court room.

Nyanzi was Thursday acquitted of offensive communication and found guilty of cyber harassment when she used her Facebook account to post content deemed obscene against the President’s late mother and repeatedly posted messages to disturb or attempted to disturb the peace, quiet or right to privacy of President Yoweri Museveni.

The video conferencing system was launched by the Chief Justice Bart Katureebe in April this year for the mention of high profile cases.

The prisons authorities supported the system, on the basis that it would help them cut the costs of bringing suspects to Court for the mention of their cases.

One of the first high profile people in the country to undergo trial under the sane system is Kyadondo East legislator, Robert Kyagulanyi Ssentamu, Kyadondo East MP alias Bobi Wine during his bail application in May at the same Court from Luzira maximum prison

He was charged with disobedience of statutory duty, when he allegedly got involved in protests against taxes levied on mobile money and social media by government contrary to section 116 of the Penal Code Act. 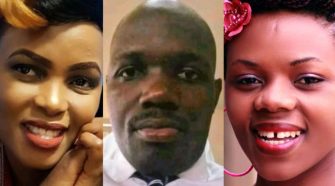