President Yoweri Museveni interacts with Lord Popat (C) outside the House of Lords in London.

President Yoweri Museveni has challenged Western leaders and the media to stop singling out the negative events that unfold in Uganda while ignoring the progress that is being registered economically.

The President said this on Friday while addressing a business roundtable meeting hosted by Lord Popat, the UK Prime Ministers Trade envoy to Uganda and Rwanda at the House of Lords.

He said that the West is “too eager to see problems in Africa but too slow to see its progress” which he described as wrong and self-deceit.

Museveni was responding to a concern raised by Lord Valentine Cecil who is also the Chairman of the Eastern Africa Association which represents the business interests of its members in Eastern Africa. Lord Valentine said he was concerned with reports of unrest in Kampala and Arua and subsequent security reaction to the incidences that attracted bad publicity for the country.

In response, Museveni said the incidence in Arua was an exaggeration and that the in-disciplined people who were involved are before court. He said he couldn’t comment since the issue was before court but faulted the opposition whom he accused of vote rigging, violence and stoning his car.

“Your spectacles only see the negative. This is an exaggeration and its wrong. You should see the entirety of the spectrum. Negativity will not stop our country from progressing,” Museveni told the delegation.

“In terms of state capacity, its not a coincidence that Uganda is an island of peace. Uganda is hosting over a million refugees they know what peace is. I would like to advise Western Media and leaders who are too eager to see problems in Africa but too slow to see its progress describing that as self-deceit. Progress on the ground will continue,” he said.

President said if the media wanted to report about Uganda why did they not report about Arua and also about the 600MW hydropower dam that he commissioned the same day, one of the biggest projects in the region.

Meanwhile, he used the platform to urge the British business community to invest in Africa and in Uganda in particular saying they have the capital, skills, entrepreneurship and knowledge to make profit while the continent needs to create jobs and factories to expand the spending power for its people a situation that is a win-win.

“You have the capital, the entrepreneurship, skills and knowledge to make profits; why not invest in Africa and make money and us we create jobs and expand the spending power so that it’s a win-win,” he said.

Responding to concerns about Chinese loan infrastructure projects, the President said the Chinese are doing great on the continent despite a few issues that can be managed.

“I don’t speak Chinese, I speak English. But if English does not bring factories what do we do? he asked before citing various projects that are supported by China through soft loans including the Karuma Hydro power dam, Isimba Dam, the ceramics factory and the Phosphates factory under implementation.

“We are negotiating the railways project. This coupled with electricity will bring the cost of doing business down. We had huge deposits of phosphates for a long time and tried to hog it around for the West but they were not interested until the Chinese came in,” he said.

Museveni said African economies are growing fast, describing the continent as the next candidate for entering the gates of the affluent having identified the ten bottlenecks that have been holding it back including a fragmented market, lack of infrastructure development, a strong middle class society and private sector.

“We are addressing the bottlenecks. Our continent had been fragmented into 53 colonies (British, French, Portuguise etc) We have started our economic integration of Africa with the EAC of 170 million people, COMESA 500million people and African Continental Free Trade Area (AfCFTA). If you invest in any one of these, you can sell to the rest. Businesses can also invest in unlocking communication barriers specifically the telecommunications sector,” he said.

The President also called on the business community especially those in the pharmaceuticals to exploit the manufacture of pharmaceutical grade starch and sugar in Uganda.
Lord Popat commended President Museveni for honouring the invitation to address the House of Lords on trade and business and said he is the first president to do so. He said while Uganda is only 56 years old and Britain is over 900 years old both countries are similar and open for business. 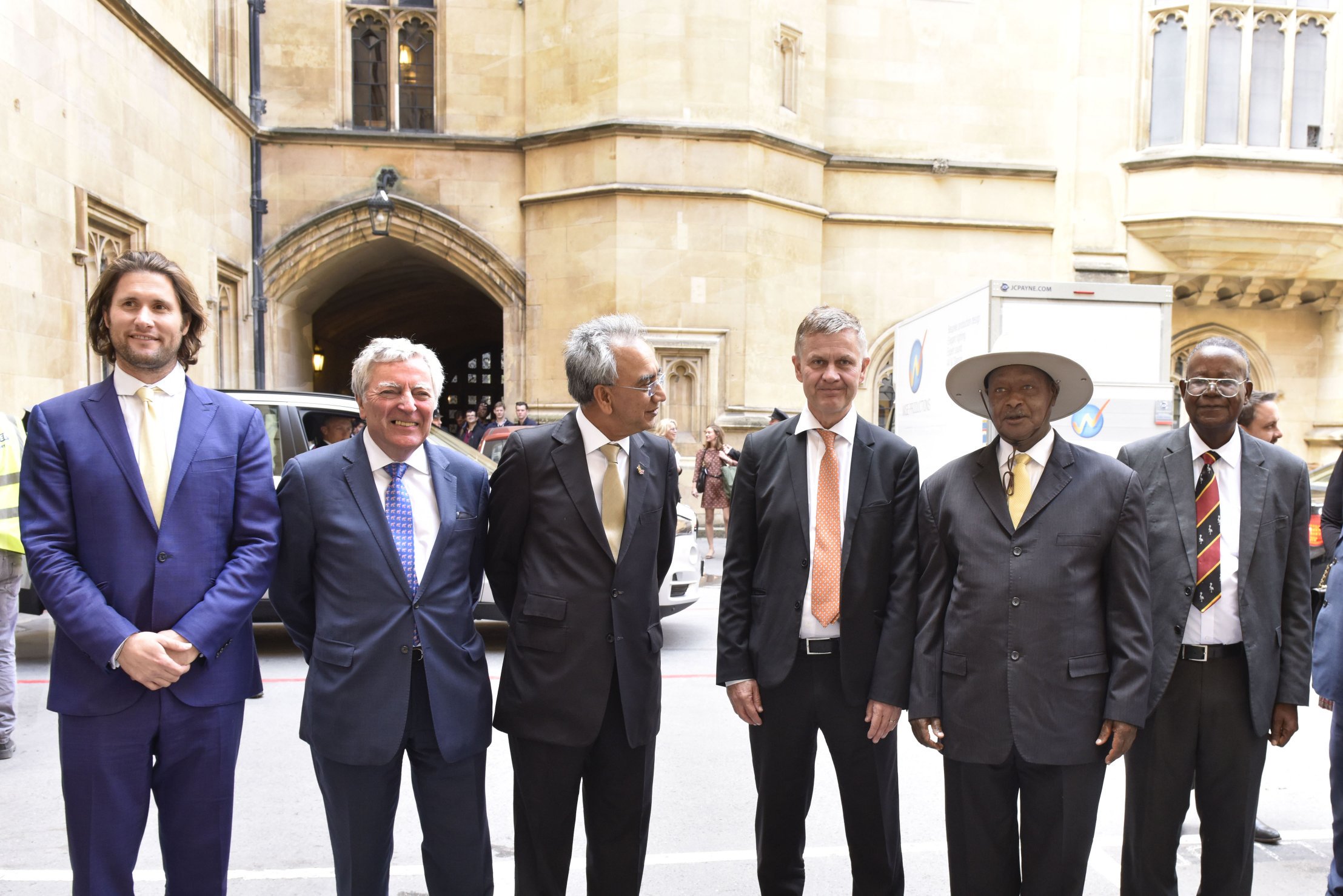