The Speaker of Parliament, Rebecca Kadaga has lashed out at members of the National Resistance Movement (NRM) caucus accusing them of continuously undermining Parliament work and decisions.

Kadaga warned the Caucus head also Government Chief whip, Ruth Nankabirwa that the caucus should stop trying to usurp powers of Parliament by using their meetings to dictate activities in Parliament.

Kadaga made the stunning warning following a matter raised by Masaka Municipality MP Mathias Mpuga who sought clarification on resolutions made during Monday’s caucus meeting at State House Entebbe where the party agreed to uphold the 15% tuition increment at Makerere University as well as throw out the Administration of Parliament Amendment Bill, 2019.

“My concern is that in this particular caucus, there are members of the Education committee that the House mandated to investigate and report and they were part of a resolution to water down the report of the committee,” Mpuga said.

Mpuga added that, “I am aware caucus can sit but on a matter that the House has resolved and mandated the committee to investigate, then this kind of arrangement renders the committee work nugatory in view of the duties of Parliament and the spirit of separation of power”.

In her response, Kadaga said that she doesn’t attend any caucus meetings but that she read somewhere that some members of the House had in that meeting taken a decision against some matters that are before Parliament.

However, Nankabirwa, in her response said she had broken no law in caucusing. She said that the powers are given to her by the Constitution given that the country adopted the multiparty system of governance.

“Our caucus has rules that govern it. On Education, the Minister of Education had to offer more information so that we the NRM members can move together. We are in a multiparty political dispensation, you don’t just come to the House without caucusing and organizing, I don’t know which rule I broke,” Nankabirwa said.

In her final ruling, Kadaga noted that when Parliament acted the Administration of Parliament Act, they wanted Parliament to be free from the executive but unfortunately, members are now lifting issues from Parliament to Cabinet. 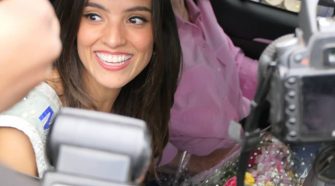