They are represented by their lawyers M/S Kiiza and Mugisha Advicates.

The petitioners argue that Regulation 6 (1) (d) of the Makerere University Students Regulations Statutory Instrument No.37 of 2015 which gives powers to the University Vice Chancellor to arbitrarily suspend a student from the University or discipline him in any manner he thinks fit and seek approval of his action at the next meeting of the University Disciplinary Committee sitting “is overly broad, vague, arbitrary, illegal, null and void”.

They say the clause is subjective, imprecise and inimical to the principle of legality. The same clause, the petitioners argue, threatens and violates the right to a fair hearing, natural justice and just administrative treatment guaranteed and secured by Articles 28, 42 and 44 of the Constitution of Uganda.

It (Section of the Regulations) “is an unnecessary and disproportionate limitation or restriction of the students’ right to a fair hearing with no place in a free and democratic society” the application adds.

In its broad and vague nature, they say, the Regulation “is amenable to varying interpretations by the Vice Chancellor” and that it infringes upon the students’ freedom of conscience, expression, assembly and association in the struggle for students’ welfare and academic freedom”.

In effect, the Regulation “creates a dictatorial regime at Makerere University which is not only detrimental to the welfare and academic freedom of applicants and other students but also unnecessary, disproportionate and incompatible with a free and democratic society”.

They further challenge Regulation 8(9)(a) of the same Instrument that makes Police permission a mandatory precondition for holding student demonstrations, saying it threatens and impermissibly limits students’ freedom of expression, freedom of association, academic freedom, freedom of peaceful demonstration and assembly.

“All the decisions, orders and directives based on the said Regulations are illegal, null and void ab initio,” the petitioners contend.

As such, they are demanding that court issues an order stopping further reliance upon and enforcement of Regulations 6(1)(d) and 8(9)9a) of the Makerere University Students Regulations Statutory Instrument No.37 of 2015 forthwith.

Through this application which they say is in public interest, the five students say they intend to further the ends of good governance in academic institutions.

“The application seeks to promote and safeguard democratic participation of the students in their governance at Makerere University and align its disciplinary codes with constitutional values and individual human rights and freedom,” the applicants add.

They further state that the application is intended to promote and protect Makerere University students from the oppression and suffocation of students’ freedoms triggered by the Regulations cited. 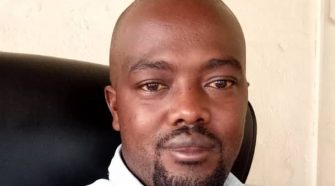 OPINION: Rwanda’s Rants on CMI Only Imply Uganda Has its Grip on Security