Dr Ekwaro Obuku, President of Uganda Medical Association (UMA), a body which unites medical doctors in the country, has expressed dissatisfaction towards the manner in which BBC and local television, NBS TV, handled their investigative story entitled ‘Stealing from the Sick’.

In a joint piece, the two broadcasters exposed how medical practitioners in Ugandan medical facilities sell government labeled drugs to private individuals for their personal gains.

Aired a couple of days back on both BBC and NBS TV, some healthcare providers were seen on camera ‘cutting deals’ with their clients, a development that has attracted attention from authorities in government and the public.

However, on Saturday morning, one of suspects seen in the footage selling medicine, identified as Richard Olaja, a pharmacist at Kiruddu hospital in Kampala, was reported to have committed suicide.

The news was confirmed by SP Diana Nandawula, Kira region Police spokesperson, who on Monday told SoftPower News, that Police has since recovered liquid substances suspected to have been used by the deceased to commit suicide. She however said, the substance is yet to be tested by the government chemist.

She said the pharmacist had been picked by Police from Lucky Guest House in Jinja town and taken to Jinja hospital where he was pronounced dead on arrival on Saturday.

Police was alerted by the owners of the guest house about a client who checked-in the previous day and became unconscious.

He is said to have left notes to members of his family and friends, denying involvement in the sale of government sealed drugs but instead was seduced into the act that day by a friend.

Speaking to SoftPower News on Monday, Dr Obuku said, exposing the suspects could have led to his death, either by committing suicide or by other individuals who feared that he could expose their names.

“We are concerned to learn about the unfortunate death of one of the people who was alleged to have been stealing and dealing in sale of labeled government of Uganda medicines in that story (stealing from the sick),” the UMA President said.

“If indeed that person committed suicide or died, that situation calls for investigation from the Media Council on the professional standards. I am not aware of media ethics but learning from the medical field, we have principles of protecting the person we gather information,” Obuku said.

“I would suggest that in future, the faces of persons involved in such footage are shielded so that they are not identified because they are not proven criminals by courts of law according to standards guaranteed by the laws of the country,” he adds.

He says one is innocent until proven guilty. The process in which the suspects were exposed by the journalists was a public judgement but not a due process as it ought to have been, he added.

Obuku reiterated that there is a relationship between the deceased’s death and the investigative story conducted by the two media houses.

“Whether he committed suicide or he was murdered by people who thought he was going to disclose more information is another matter of further investigation, the fact is that he is dead and he died after being exposed, so there is a relationship,” he explains.

“So, we would advise that the media council looks into this and in future those engaged in such activities should think about the risks of those those they are exposing because people have different views and interests, and if they are tampered with or they are at risk if losing their interests, then they may react differently”.

” Therefore, we have to be conscious that even we are telling the truth, we shouldn’t lead to further death. There was no need to have this man die, he could have faced courts of law,” he added.

Last week, the Uganda Medical Association called for tougher measures on corruption in the health sector and long time solutions to theft of medicines in government facilities. 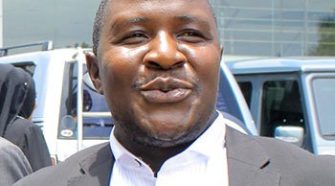 Our Reporter 1 day ago