Sitting at the Supreme court in Kampala, seven justices of the Supreme Court including Stella Arach Amoko, Eldad Mwangusya, Ruddy Opio Aweri, Lilian Tibatemwa Ekirikubinza, Jotham Tumwesigye and Bart Katureebe delivered their judgements one after the other.

Appellants including lawyer Male Mabirizi, six opposition members of parliament and Uganda Law Society had asked the Supreme Court to restore the upper age limit cap in the Ugandan constitution, saying they were illegally removed.

They ran to the Supreme Court in September 2018 challenging the verdict of a panel of four Justices of the Constitutional Court upholding a decision of Parliament scrapping the age limit for the presidential and LC V chairperson candidates.

But on Thursday, the bench ruled 4 to 3, with the three Justices; Mwangusya, Tibatemwa and Mugamba regarding the entire process of the constitutional amendment null and void.

They disagreed with the blocking of some legislators especially those in the opposition from consulting their constituents during the amendment and the involvement of the UPDF soldiers in removing MPs from Parliamentary Chambers.

They also said it was wrong to sign into law a bill which was passed without a valid certificate of compliance from the Speaker of Parliament, describing the process in which the amendments were made irregular and unconstitutional.

Their counterparts, Amoko, Aweri, Tumwesigye and Katureebe who upheld the constitutional ruling, ruled that the Speaker did not smuggle the bill onto the order paper as claimed by the petitioners. They also said that MPs caused violence themselves due to lack of decorum, justifying the invitation of the security personnel to eject them.

However, they noted that the extension of the tenure of the current Parliament and local councils is null and void as earlier ruled by the constitutional court.

They said the Article in question did not fall under the basic structure of the constitution, making it amendable, before advising MPs who were beaten to go to Court for redress.

While giving the final verdict, the Chief Justice, Bart Katureebe said “the decision of the Constitution Court is upheld and each party will bear their costs.”

Speaking to journalists shortly after the ruling, Deputy Attorney General, Mwesigwa Rukutana said the judgment only proves that Uganda respects the rule of law. He said government would still respect the decision of Court if it was not in their favour.

Asked on the use of force used at Parliament by the security forces to eject the MPs from chambers, Rukutana said it could have been excessive, but reiterated that this is time for legislators to reflect on their conduct.

On her part, former leader of opposition in Parliament, Winnie Kizza, said they are considering going to the East African Court of Justice, should their lawyers find it necessary. She said the justices have betrayed the country.

“It’s very sad to know that our own Justices are the ones that have betrayed their own country,” she said. 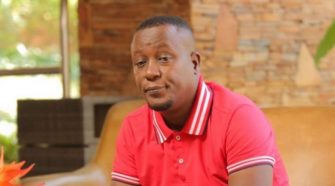