Captain Mak Hazukay, army spokesperson in the region told this news website the raid by armed men killed eight people and injured three others. Two others later died from injuries.

“The attack took place at 2300hrs and armed men used guns and machetes to kill their victims,” Hazukay said.

The election results are yet to be announced amid fear of tallying fraud in the unstable central African giant.

ADF is a militia, created by islamists to undermine the Ugandan government were weakened by Uganda Peoples Defence Forces. They, however, maintain terror cells in the lawless Eastern DR Congo where they are accused of numerous killings including civilians, children as well as 15 Tanzanian peacekeepers who died in an attack in December 2017.

Local human rights groups say more than 800 civilians have been killed near Beni by militias since October 2014, most in overnight raids by rebels carried out with machetes and hatchets.

Eastern Congo is plagued by dozens of armed militias that attack locals and exploit minerals. 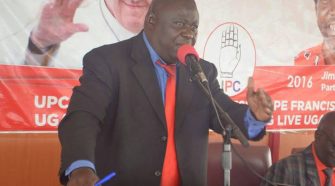