Police has arrested a suspected child kidnapper said to have been involved in two separate kidnappings of juveniles in separate parts of the country, with intentions for ransom.

The suspect identified as Matovu, a cook at Mulabana Primary School in Kalangala district is said to have carried out a kidnap in Matugga along Kampala – Gulu highway and in Kalangala.

“He kidnapped a 9-year female juvenile by name of Angel Nakyondwa from Mulabana village in Kalangala district and transported her all the way up to Gomba district. What is painful is that he took this young child and hid her in the forest at Senene where she spent three days sleeping in the forest during day and night,” Police spokesperson Fred Enanga told reporters on Monday.

Enanga said Matovu’s arrest was as a result of Police in Kalangala working jointly with than in Gomba district and Kampala Metropolitan Police (Kawempe).

“Our Police officers managed to track him down and we arrested him and his arrest led to the recovery of the victim. She was unharmed but shaken with trauma because of being hidden and isolated in the forest for days,” said Enanga.

He explained that the police specialist team is continuing to observe and counsel the girl victim.

According to Police, the same suspect (Matovu) had previously kidnapped two children from Lwadda A village in Matugga in May and police has for months been searching for the children.

The names of the victims are Nakakembo Daniella, 8, and his brother Ssegawa Dennison, 5, who he kidnapped and took to Mulabana village in Kalangala district and went further to enrol them in Mulabana day and boarding nursery and primary school since then.

“We managed to recover Nakakembo Daniella and handed her over to the mother called Nansikombi Annet and we are working hard to recover Ssegawa Dennison who is still missing,” he explained.

In a related way, Police in Kawempe has intensified search for a lone kidnapper (name withheld) around the age of 25 who was also actively involved in a double kidnap of an 11-year old juvenile, Nakimuli gift from Matugga and Tumukunde Joshua, 11, from Lwadda village in Matugga.

“For the case of Nakimuli, he demanded a ransom of Shs2m but because of the pressure that was put on him, he abandoned the victim. Our Police officers recovered this girl and reunited her with the family,” he explained.

Enanga noted that in Tumukunde’s case, the suspect kidnapped him from a Seventh day Adventist Church in Lwadda village before releasing him when the family paid the ransom demanded by the kidnappers, something he said Police discourages since it promotes continuity of the vice.

“We want to warn the public to desist from paying any firm of ransom, it rewards criminals and facilitates more of the crime and we also urge parents and caretakers in these areas to be vigilant and on a look out. This lone kidnapper is still out there also we are trying our best to apprehend him,” he said.

He added that the kidnappers continue to exploit opportunities and vulnerabilities and for parents “who are not vigilant enough and don’t instruct their children on how to behave towards strangers” put their children at risk.

He said Police has the suspect’s description and a telephone contact which they are tracking on which he is receiving money and his area is still Matugga and Kasangati. 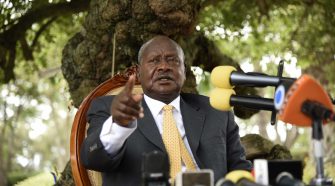