Hopes of quickly ending the current standoff at Uganda’s most prestigious University, Makerere, between the institution’s top management and academic staff, seem to be sliming everyday that passes.

Latest information indicates that the suspended Chairperson of Makerere University Academic Staff Association (MUASA), Dr Deus Kamunyu Muhwezi, has dragged the Vice Chancellor, Prof Barnabas Nawangwe and the University itself, to courts of law over an “illegal suspension”.

In a letter dated January 17, Nawangwe suspended Kamunyu from the University due to continued misconduct and insubordination.

“Despite various warnings, you have continued to engage in acts that amount to misconduct, including offences under the Computer Misuse Act, incitement with the intent to cause disobedience and/or strikes to undermine the university administration,” the Vice Chancellor said in his letter.

He cited security reports which he said showed that Muhwezi continued to incite other staff to disrupt university activities and engage in related unlawful conduct.

However, Muhwezi has since his suspension denied engaging in any form of misconduct and inciting staff to cause violence.

In a plaintiff seen by SoftPower News, Kamunyu has taken the matter to the Civil division of the High Court accusing Nawangwe and the University of Infringing on his inherent rights as a citizen of Uganda and well as an employee of the institution.

Through Byarugaba and Company Advocates, Kamunyu demands that his suspension is declared illegal as well as compelling Makerere University to revoke the decision to bar him from accessing the University’s Premises (including where he resides).

It should be remembered that during his suspension, the Vice Chancellor stated that pending investigations, he (Kamunyu) was to receive half his salary and not be allowed to access University premises offices or property.

He also wants compensation for the general damages caused, as well as taking punitive action against Nawangwe for his “illegal actions” against him.

Court has given Prof Nawangwe and Makerere University 15 days to file his defence from January 24, 2019. 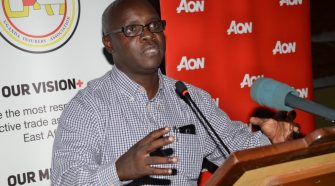