Kamoga who was last year convicted of terrorism was sentenced to life imprisonment but he later applied for bail after indicatng that he would appeal against the conviction and subsequent sentence.

On Friday, Justice Christopher Mandrama said he could not grant bail to Kamoga because there was no evidence of any likelihood of success of the appeal.

The judge said that evidence relied on by the High Court in convicting him was sufficient to show there is not chance of success for his appeal.

“The court found there was intimidation of targetted muslims for religious purposes and the threats were delivered by many people including the applicant (Kamoga),” Mandrama said.

“He does not have an overwhelming chance of success of appeal”.

The judge emphasised that he could not released Kamoga on bail because there are high chances of absconding if released.

“The long the sentence,the higher the chances of absconment if released.”
He added, “life imprisonment is a long and severe sentence second to death.”

In his application, Kamoga had indicated that he is of advanced age and has illnesses that would cause a risk of cardiac arrest while in prison.

The judge however said despite the letter confirming the illnesses including obesity and hypertension, there is no evidence to indicate the illnesses cannot be treated while in prison.

He however asked that the appeal be fixed for hearing expediously .

Kamoga and 5 others were last year convicted of charges related to Terrorism and sentenced to life in prison and 30 years jail terms respectively for the murder and attempted murder of several muslim clerics.

By Falsely Accusing Me, Rwanda Plans a Violent Scheme Towards Me – Uganda Minister Mateke 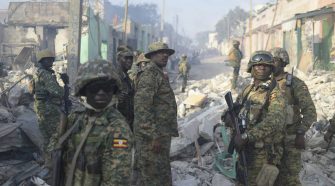