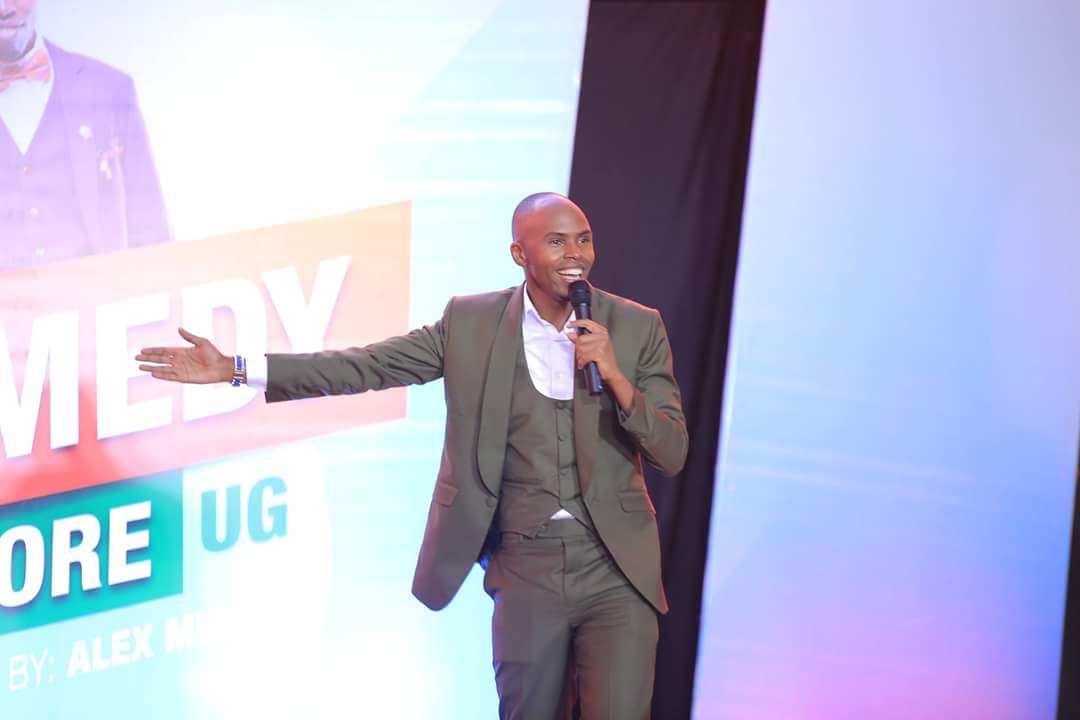 For the first time since it launched two years ago, weekly comedy and entertainment show, Comedy Store is set to stage a show outside Kampala.

Today, Friday, the show will take the humor and music entertainment to the Western Uganda town of Mbarara.

The comed-tainment themed show hosted by Alex Muhangi has come to be a weekly favorite for many Kampalans who seek to unwind and let go of the strain that work can be.

In a statement released on Thursday, Comedy Store said that “comedy enthusiasts in Mbarara will chance at a thrilling show headlined by funny man MC Mariachi and female dancehall singer, Cindy”.

The show is scheduled for this Friday, September 21 at the Adit Mall in the heart of Mbarara.

Other acts like Teacher Mpamire, Godi Godi, Akite Agnes, Kabaata, T-amale Mirundi and funny duo Snake & Zoro are also lined up for the do.

While comedy is primary to the brand, it has always found a way of blending this with music especially featuring music performances. This will not be different in Mbarara.

In addition to Cindy, other Mbarara based musicians – Ray G and Shine Omukiga who also happen to be among the most popular artistes in Western Uganda are part of the acts for Friday.

Comedian Alex Muhangi says he is excited that the rest of Uganda now can get to be part of the Comedy Store journey, but also have a live experience of what the comedy industry has to offer.

“This is exciting not just for me but the brand as well. We have planned for this to happen, but the time always held us back. It requires extra costs as well. Now, we get to do a couple of shows in the major towns across the country,” Muhangi said in the statement.

“Some of the towns we are considering are Fort Portal, Arua, Mbale, Lira and definitely Jinja,” he added.

He said that the popularity of comedy as a form of entertainment has significantly grown over the last few years and that this isn’t just in the context of Kampala.

With a day left to the d-day, organizers say there is a dash of excitement particularly for the people in Mbarara.