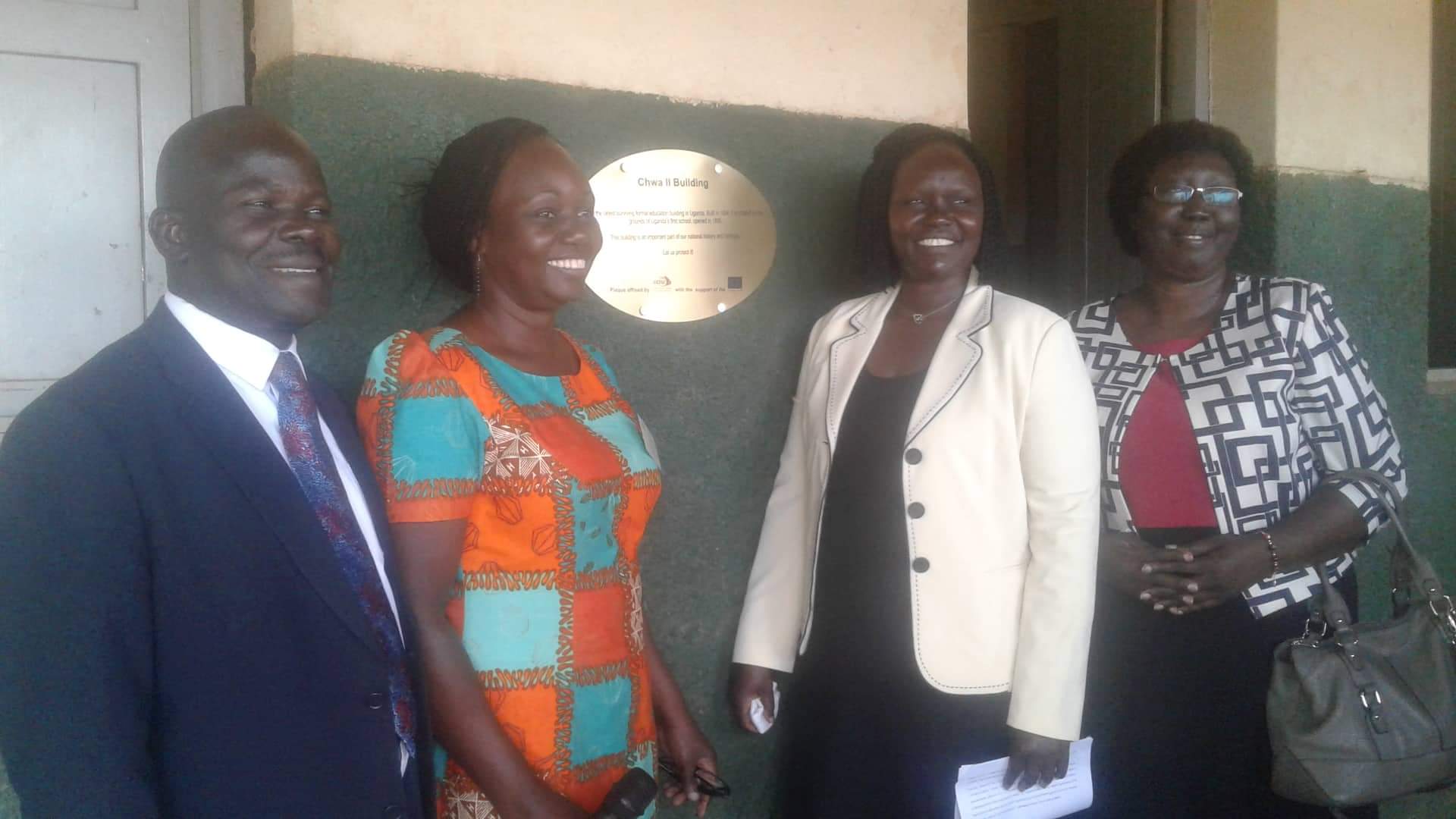 As part of activities to mark the European Year of Cultural Heritage, Cross Cultural Foundation of Uganda (CCFU) has unveiled commemorative plaques for historical buildings in Kampala as a way of appreciating and recognizing the efforts by institutions and families towards preserving historical properties.

The unveiling was done on Tuesday at a function held at four historical centres of; Mengo Primary School which is among the first Western-type schools in the country built in 1904; Bulange which is Buganda kingdom’s administration and Parliament unit built in 1958; the Mayor’s Parlour, the oldest hall of Kampala City Council opened in 1949 and the National Museum built in 1954.

Speaking during the unveiling of a plaque at Mengo Primary School, the CCFU Executive Director, Emily Drani noted that the unveiling of plaques at the selected buildings is aimed at protecting historical buildings in the country since the Uganda’s built heritage is under threat.

Drani said that the disappearance of historical sites means a lost connection with one’s shared past and could also erode the unique features which would otherwise make Kampala distinguishable from other cities.

“The selected buildings in Kampala have been recognized and marked with a commemorative plaque to highlight their historical and cultural significance,” Drani said.

“Plaques are important to raise the public’s awareness of the rich history surrounding us, as well as the need to preserve this heritage. They mark buildings which have been well preserved or help to protect properties at risk.”

On her part, the Commissioner for Culture and Family Affairs in the Ministry of Gender, Juliana Naumo Akoryo noted that cultural heritage is the fundamental expression of harmony, peace and lasting love and friendship between human beings and their environment.

“Such historical buildings that have stood for almost a century now tell us today the cultural norms and values of Uganda in terms of hospitality, kindness, love and collaboration for a common cause for development,” Akoryo said during the event.

“This cultural heritage has opened to us to new ideas and innovation as well as sharing knowledge. These values however, would not have been talked about here if these historical buildings had been destroyed or replaced; hence the importance of historical sites preservation”.

She added that in fulfilment of the Commission’s mandate, considerations are being made to review the Uganda National Culture Policy which has become obsolete.