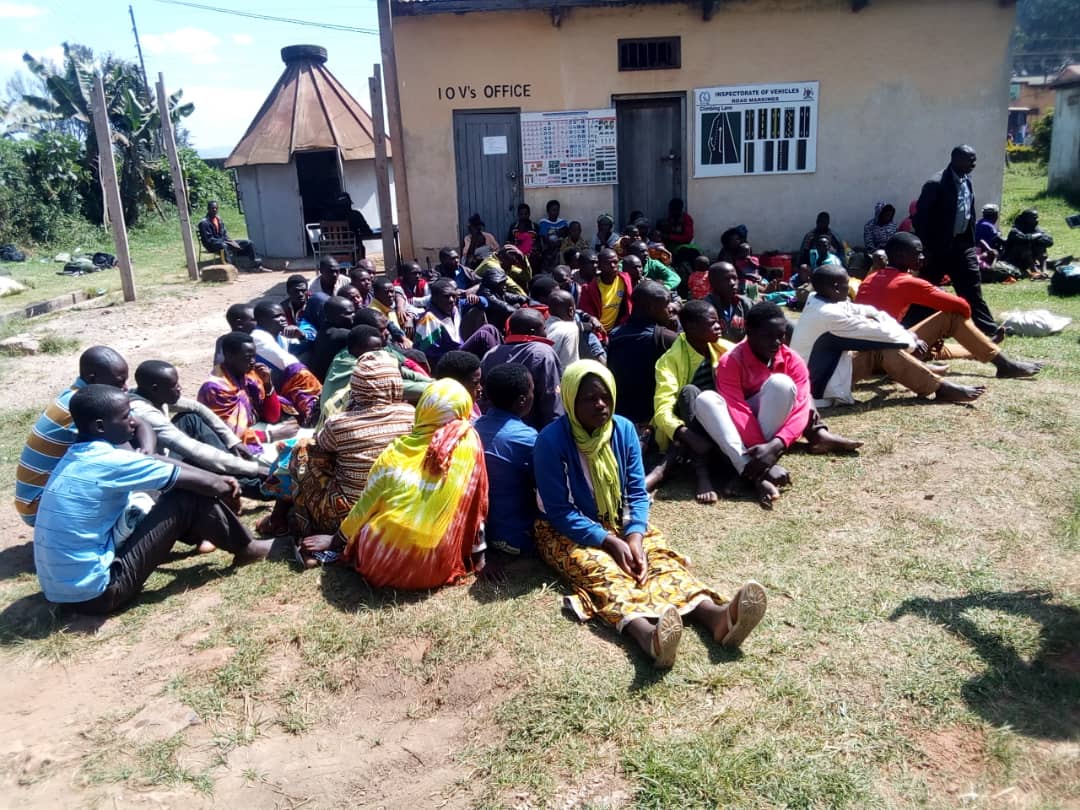 KABALE – Twenty (20) Rwandan citizens have been sentenced to 13 months in jail by the Kabale chief Magistrate’s Court for illegal entry in the country without travel documents.

Prosecution told court that on 24th July 2018 the twenty Rwandan nationals including two women with young babies entered Uganda without any document from Kisoro District, in a bus belonging to Bismarck coaches registration number UBB 582L without documents. The bus was intercepted at Mulore town Council, Rubanda district.

When the charges were read for them, the Rwandans all pleaded guilty and they all confessed to entering Uganda through at Cyanika and Bunagana in search of jobs and they were headed to Kabarole and Kibale districts to get casual jobs since they have failed to get jobs in their countries, Rwanda and DR Congo.

In his ruling, His worship Borore said the Rwandans were found unlawfully in Uganda contrary to the Uganda citizenship and immigration control act cap 53(1) and 66 i(2). He then sentenced them to 13 months in prison or payment of UgShs 600,
000 fine.

However, the two mothers who had babies were forgiven and court ordered for their repatriation back to Rwanda.

In a related incident, earlier this month, Police in Kabale working with immigration authorities at Katuna, the border of Uganda and Rwanda arrested 46 people said to be Rwandan nationals for alleged illegal entry and stay in Uganda.

According to Elly Matte, the Kigezi Regional Police Spokesperson, the suspects were intercepted while they were aboard buses that had already made way into Uganda.

The buses which they used, belonging to Kalita and Horizon companies were stopped along the Kabale – Mbarara highway.