Senior Presidential Advisor on media, Joseph Tamale Mirundi has been involved in a car accident.

According to his son, Tamale Mirundi Jnr, the incident took place on Friday evening around Zaana round-about, on Entebbe Road.

He says the accident happened when a yet to be identified vehicle intentionally knocked his father’s vehicle causing total damage to his car and leaving the former Senior Presidential Press Secretary with minor injuries.

“He is alive and safe now. I reliably inform the public that all his works and media programs shall continue as usual,” Mirundi Jnr said in a Facebook post on Saturday.

Adding, “I further want to appreciate each and everyone who responded after getting such news, through phone calls and those who reached at the scene, I also thank the security team for their bravely in such times.”

He also revealed that they (family) are in touch with security agencies to establish the intentions of the tormentors.

“The public will be informed about all the proceedings.” 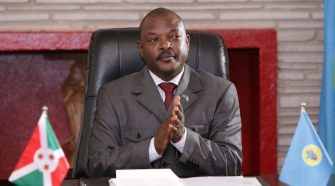