Tanzania’s State television, TBC reports that 57 people have died and 65 badly injured as they tried to siphon petrol from a fuel tanker which had exploded in Morogoro, 200 km west of Dar es Salaam on Saturday morning.

The tanker crashed while overturning on the road.

According to video clips circulating on social media, a huge number of people gathering around the tanker collecting the liquid using jerry cans before the explosion.

Other clips thereafter contain charred remains of dozens of people amid the smoke which would visibly block the rescue team from accessing the victims.

Police says the blast may have been sparked by a cigarette as people rushed to collect leaking fuel from the stricken truck.

“There was a huge blast which has so far killed at least 57 people,” said Willbrod Mtafungwa, regional police chief, adding that the dead were mainly motorcyclists and residents flocking to the scene.

It is reported that since the area is a busy one some of the victims were not actually stealing the fuel, but were on there own business. 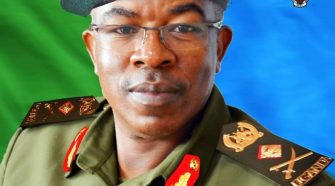