The United States and Britain have come out to speak on the continued detention of investigative and freelance journalist Erick Kabendera by authorities in Tanzania.

He was arrested a fortnight ago from his him in Dar es Salaam by men don in plain clothes who were later identified as police officers. Police would later explain that his arrest was to help in the ongoing investigations about his Tanzanian citizenship.

However, hopes of him getting temporary freedom were last week put to a stop when his lawyers reached Court to apply for his bail application only for the state to the state to slap unbailable charges of organised crime and money laundering against him.

Now, in a joint statement, the US embassy and the British High Commission have Friday expressed concern about “erosion of due process in Tanzania as evidenced by the ever frequent resort to lengthy pre-trial detentions and shifting charges by its justice system.”

“We are particularly concerned about a recent case – the irregular handling of the arrest, detention and indictment of investigative Erick Kabendera, including the fact that he was denied access to a lawyer in the early stages of his detention, contrary to Criminal Procedures Act,” reads the statement in parts.

As such, the US and Britain urged the government of Tanzania to guarantee the due process to each its citizens since it is recognised as a basic human right by multiple UN Human Rights Conventions, to which Tanzania is a signatory. 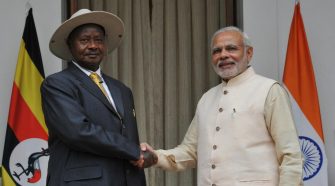