The Ministry of Health has handed over 70,000 Long Last Insecticide Treated mosquito nets (LLIN) to the Uganda Peoples’ Defense Forces (UPDF) as one of the efforts to prevent and control Malaria.

The nets will be distributed in the greater Luweero region as part of the activities to mark the 39th Tarehe Sita Anniversary celebrations that will take place in Nakaseke on February 6, 2020.

While handing over the nets to the UPDF Commander of the Armed Forces on Tuesday, the Permanent Ministry of the Ministry of Health, Dr. Diana Atwine, said the donation were part of the routine nets being distributed through the Immunization and Antenatal clinics throughout the country.

Dr. Atwine urged the UPDF to distribute the nets through the right channels to ensure that the beneficiary communities effectively use them.

“As you distribute the nets, you should ensure that you sensitize and educate the beneficiaries about the need for them to sleep under them whether it is the cold or hot season. At times we receive reports that people do not know how to hug the nets and also take care of the nets. It is our hope that you raise awareness among these beneficiary communities,” she said.

She thanked the UPDF Health department for providing services to the general community.

“There are high numbers of members of the general public seeking services from UPDF facilities. UPDF health workers are very committed in providing services especially during immunization campaign, Ebola and other VHF outbreaks, laviciciding efforts and blood donation drives,” she said.

The Assistant Commissioner for Health Services for the National Malaria Control Division, Dr. Jimmy Opigo, said the Ministry of Health is developing a Memorandum of Understanding with the UPDF for collaboration to effectively offer health services to the populace.

He said the Ministry of Health is yet to roll out the third Universal Coverage Campaign for the distribution of Mosquito nets which will see the distribution of 27 million nets starting in April. The campaign is intended to increase net ownership and additionally create a net culture.

The Chief of Medial Services in the UPDF, Maj. Gen. Ambrose Musinguzi, said the nets will be distributed in the medical camps during the Tahere Sita week. He said a total of 300 households in the districts of Nakaseke and Luweero are expected to benefit from this donation. The UPDF will additionally offer malaria testing and treatment, immunization, and health promotion messages.

The country has made notable progress in the fight against malaria with recent results from the Malaria Indicator Survey showing a reduction in the prevalence from 19% to 9% over a period of four years.

This progress is attributed to a number of reasons but majorly to the continuous distribution of mosquito nets, Case Management and Indoor Residue Spraying. 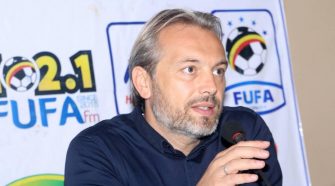