Jamaican singer, Tarrus Riley who in August this year performed in Uganda for his very first time, fell in love with the country and endorsed it as a Pearl of Africa. This, he did through a song titled ‘Uganda’ and the video is out.

The reggae star took time off during his recent visit to touch base in Jinja to witness first hand the source of the famous River Nile, the longest river in Africa.

The ‘Uganda’ music video captures his moments in Jinja as he digested with admiration the fact that he was looking at the Nile waters. He and legendary Jamaican saxophonist, Dean Fraser can be seen in the video literally feeling the waters of the Nile with their hands.

Aerial shots showcase bits of the green landscape that Uganda boasts of, the famous Tororo rock and the breathtaking bird’s-eye view of the Nile and Lake Bunyonyi.

Tarrus Riley who dons a jersey of the Ugandan national football team and a wrist band with Uganda flag colors, in the video interacts with not just the geographical attractions of the Pearl but also the people. He hugs, chats, takes photos with ordinary Ugandans and rides on a boda boda, one of the most significant aspects of life in Uganda.

In the chorus, Tarrus praises Uganda, and in a more organic way, uses Luganda to say ‘ewaffe mu Uganda’ (my home is Uganda) and ‘oli wa muwendo’ (how Uganda is priceless).

In one of the scenes, a fruit stall serves as a backdrop for the singer together with two female vixens to give the world a sneak peek into the country’s organic and diverse food.

It (video) is a 360 degrees look into Uganda and he successfully achieves that. Including a fused dance of the diverse cultures in Uganda which is captured during his performance at the Lugogo concert.

Uganda’s story is incomplete without the wildlife it is gifted with. A shot with a monkey feeding on a banana and the wooden bird artefacts serve to tell of the variety of animal species one will find in the Pearl of Africa.

During the concert in August, Tarrus said: “It’s a pleasure being in Uganda. It’s a dream come true in reality. Now I know what it means when they say Uganda is the Pearl of Africa”.

His latest video is a testament that he meant every word of what he said then. 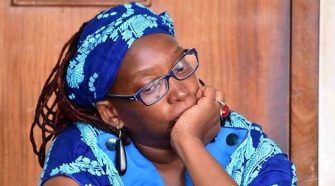