Teachers under the Uganda National Teachers’ Association (UNATU) have declared an industrial action starting tomorrow, Monday, over government’s failure to respond to their salary enhancement demands.

According to Filbert Baguma, the UNATU Secretary General, the 90-day ultimatum teachers had given to government in February this year will lapse midnight tonight.

Last year in February, teachers started negotiations with government on their salary enhancements leading and signed a Collective Bargaining Agreement (CBA) on June 22.

The agreement was meant to be implemented henceforth, but due to limited financial resources (Shs 536bn) on part of government, it was agreed that the engagements are done in three phases.

He says the first phase was successfully implemented but government failed to effect the second phase.

“It was surprising on our part that when it came to the second phase, government neither implemented what is in the agreement, nor did it communicate to the signatories who are the ten public service unions and that is why in February this year 2019, we gave a 90 days notice which is expiring today indicating that if they don’t implement the contents of the CBA, we (teachers) shall definitely have no choice, but to lay down our tools,” Baguma told SoftPower News.

Teachers get salaries in different scales and in the negotiations, they intended to devise a way of sorting out differences in salaries earned by different teachers in regards to their qualifications and as well as in relation to other professions.

For example, U4 in primary schools is different from U4 in secondary schools and so it is in tertiary institutions, so all that continues to confuse the whole idea of Teachers’ salaries, he said.

UNATU umbrellas thousands of teachers in primary, secondary and tertiary schools in Uganda, and laying down tools will have an adverse effect on pupils and students in primary and secondary schools who will be starting second term on Monday May 27.

But, Baguma says, the strike must prevail until their concerns are responded to.

“Yes the strike has to go on until government comes out to implement our the contents of the CBA, because the budget is not yet approved, therefore government still has an option of looking for the money and paying the teachers as agreed,” Baguma explains.

Asked whether government has engaged them since announcing the 90 days ultimatum, Baguma said no engagements have taken place yet.

Last week, the ministry of Education Permanent Secretary, Alex Kakooza, came out out and denied knowledge of any notice by UNATU about their intentions to lay down tools.

But, Baguma says, they (UNATU) have proof he received their notice.

“We have got a copy which was stamped and received on February 21, 2019 it is on record there is no way he can escape it by simply denying, the copy has a stamp for his office. They have not come out to engage but for us we continue with out programme,” he said. 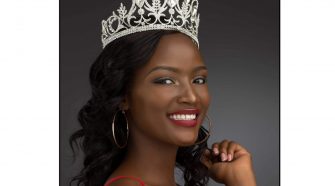