Uganda Police Force, Local Defense Unit-LDU and the Uganda Peoples Defense Forces – UPDF have had running battles with drivers who were protesting the continued lockdown as a result of the COVID-19 pandemic.

Police was forced to use live bullets to disperse the rowdy drivers.

This is the second time the taxi drivers in Busia are staging a protest against the lockdown. Last month, the drivers stormed the RDC’s office demanding for an explanation as to why they have continued to be barred from work yet they have families to feed.

The continued lockdown is one of the measures taken by government to reduce the spread of the Coronavirus (COVID-19). Busia is among the border districts still under lockdown.

Hassan Mudukanya, a taxi driver who doubles as the chairman Mbale stage, said that they are oppressed by the continuous lockdown. He said they want to know why president Yoweri Kaguta Museveni has not come up to allow them operate.

Muhammad Wandera, another driver said that they are ready to continue expressing their dissatisfaction until the President understands that they are suffering.

John Bosco Hamala, who works near Busia post office says that the situation forced him to close the business due to teargas and live bullets that also chased away his clients.

Paul Kalikwan Mwidu, the Deputy Resident District Commissioner condemned the act and said the drivers should  have waited for feedback on the previous petition. He also condemned the procedures that police used to handle the drivers’ concerns.

On Sunday, the boda boda riders in the same district also protested what they described as brutal and harsh treatment by the police.

The Boda-boda riders said that they are tired of the lockdown situation and they threatened to protest until the President allows them to operate normally since there are no luggage to carry as the president wants them to do.

By press time, at least 4 taxi drivers had been arrested and 3 other youth along Tororo road. Police was yet to comment on the matter. 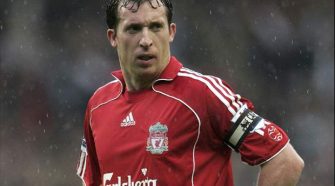