The Inspector General of Government (IGG), Irene Mulyagonja has Wednesday assured members of Parliament sitting on the committee on Legal Affairs that the Inspectorate appreciates the role played by the State House Anti-corruption Unit in fighting corruption.

This, the IGG said while appearing before the committee to defend the Inspectorate’s budget and the different vote allocations for the next financial year 2019/2020.

Mulyagonja was responding to queries raised by the legislators on how she rates the performance of the Anti-corruption Unit in the fight against cotruption. Led by Lt Col Edith Nakalema, the Unit was launched in December last year by President Yoweri Museveni.

Mulyagonja said that corruption is sophisticated and fighting it requires a number of approaches which are all welcome.

“There are alot of methods used in the fight against corruption, naming and shaming is one of them. So, if we have a Unit that has been put in place which can arrest people faster than we do and can take them to court faster than us, we have no problem with such a unit” Mulyagonja said.

Mulyagonja added, “Otherwise, we are shorthanded, we don’t have much in terms of staff to handle some of the processes and in our case, we have to follow the law step by step.”

She noted that a unit like that of Lt Col Nakalema, which has the capacity and flexibility to walk into a place, carry out investigations and make immediate arrests, that can also bring forth results.

“Us as the Inspectorate of Government, can not pass judgement on that unit which was appointed by the Head of State himself. But we know there are other bodies that are capable of looking into the work of that Unit and eventually the results of what it is doing will come out even without the Inspectorate of government saying anything,” Mulyagonja submitted.

Since its inception, the Unit has carried out a number of impromptu operations and has arrested a number of government civil servants including CAOs, District Land Officers, Local Government officials among others.

The Inspectorate has been allocated over Shs 53 billion shillings in the budget of the next financial year 2019/2020.

In July last year, five months prior to the formation of Nakalema’s Unit, Mulyagonja was opposed to the its establishment.

She was commenting on President Museveni’s remarks made during the State of the Nation Address, that the IGG had failed in its mandate of investigating and prosecuting corrupt government officials.

But she said that the President should instead consider increasing funding to the Inspectorate rather than setting up a new anti-corruption unit.

“The budget and resources we have are not supportive. We don’t have a forensic laboratory, you know that right now investigations require to investigate things that have been done on computers. We are relying on the Government Analytical Laboratory and when you go there, you must line up with the Police and other institutions that use the services,” Mulyagonja said at the time. 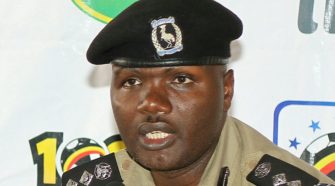