A student of Business Administration at St. Lawrence University is the latest winner of a Toyota Wish vehicle in the ongoing Tukonectinge with Pepsi customer reward promotion by Crown Beverages Limited (CBL).

For the past 11 weeks, the Pepsi Tukonectinge rewarding promotion that was launched early this year has seen CBL consumers participate and win grand prizes including 22 out of 25 Toyota Wish Cars, 20 out 24 fully paid trips to Dubai, 20 out of the 24 Fridges on top of the Airtime and Mobile Money given.

The winner, Diana Nabembezi, a 3rd Year student at St. Lawrence University studying Business Administration said that she had faith that she would be driving by the end of this year.

“Usually, while on our way to church, I used to tell my sisters that we will be driving by the end of this year and they would laugh at me saying that I will be riding a bicycle” stated Nabembezi.

“I want to thank God that He answered my prayer according to my faith and His will for my life,” she added.

Nabembezi said that she plans to use the car as a family van to help her family with convenience in transport.

In the past, Crown Beverages has rolled out successful promotions in which consumers have won cars and lots of other prizes.

“Today we are handing over the car to Ms. Nabembezi here in Makindye, while tomorrow we shall hand over the other car to Ms. Namukabire in Entebbe,” added Mr. Ntende.

Throughout the campaign, Pepsi has handed over cars to individuals in different parts of the country namely; Lira, Kole, Kyenjojo, Rukungiri, Mbarara, Mubende, Jinja, Busia, Aleptong, Ibanda, Rubaga, Namugongo, and Masaka, and of the 22 car recipients, 13 comprise of male winners while 9 are female.

In addition, the 1st batch of winner’s who won a 3 day all-expense paid trip to Dubai were flagged off recently, whereas fridges, mobile money and airtime have also been given to consumers for the past 11 week for which the Tukonectinge promo has been running to a tune of over Shs 4bn. 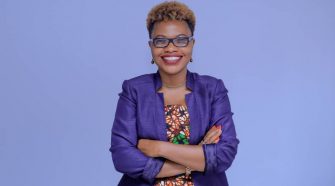