President Yoweri Kaguta Museveni has warned politicians against engaging in acts of bribery and corruption as this will ruin their lives.

The President made the remarks Tuesday while presiding over the 21st National Prayer Breakfast which is organized annually by the Parliament of Uganda.

This year’s breakfast meeting was themed; ‘The Power of Character in Leadership’.

President Museveni told the gathering that while on his way to the event, God told him to speak to the leaders through the message in the Gospel according to St Luke 16: 10-12.

“Do not be tempted to abuse the trust given to you by God, you may think it is people who have elected you but it is actually God,” Museveni cautioned the leaders who had gathered at Pearl of Africa Hotel in Kampala.

The President noted that whereas the country in the past went through a number of challenges and was merely surviving since there was no money, the situation has now changed.

Now, the country has significant resources since the leaders have been faithful with the little, he said.

Museveni however pointed out that the current economic status in the country is so tempting and could create room for bribery and corruption.

He thus asked the leaders to instead emulate him and avoid acts of corruption, saying he has seen people ruin their chances because of such acts.

“Therefore, as we have opportunity, let us do good to all people, especially to those who belong to the family of believers, ” the President said.

“Dont agree to taking or asking a bribe, I have never taken a bribe or accepted a bribe or requested”. 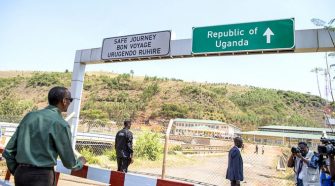