Museveni silent on some regional issues? How could one possibly accuse a general of a revolutionary army of silence? Isn’t it known such people’s code is mostly defined by silence as they take action?

President Museveni caught in the act or Rwandan government checkmated? Uganda could not be remotely coordinating FDLR, RNC or any other non-state actor in the region for the simple reason, that Uganda through President Museveni has been very accomodative of Rwanda’s foreign policy over the years.

I think it’s dishonest for Albert Rudatsimburwa to pick out RNC and FDLR, yet forget the number of Rwandan refugees in Uganda who don’t belong in any of the above refugee groups that are mainly active in Western capitals. Albert Rudatsimburwa fails to mention more than three hundred thousand innocent Tutsi and Hutu refugees who live in Uganda and more than a million that leave in the diaspora.

Uganda has the 4th highest number of refugee density in the world, at 32 per 1,000 inhabitants next to Turkey at 43, Jordan at 71, with Lebanon taking the number one place at 164. From the above figures, it’s clear Uganda is an extremely unique country because it’s the only one in the top 4 which is not a middle Eastern country.

No Ugandan official went around collecting these refugees to come here. Uganda is simply the most hospitable country in the world, there is no doubt about that, and this manifests in her culture, people and a liberal administration policy, which is influenced by the current Pan-Africanism ideology that informs its domestic and foreign policy.

Rwanda would need to solve this problem and have these people return home, or at worst do nothing. However, Rwanda’s hostile activities against Uganda’s policy, by kidnapping and assassinating refugees, is an element no country in the world would live with.

The issue of refugee dynamics directly creates a national security imperative, then human security, through communicable diseases and increase in crime, much less an economic imperative, through burden on a nation’s resources.

President Museveni elevated Pan-Africanism to a core Ugandan interest, which translates into the liberal policy on African refugees. Rwanda, in very deliberate and dangerously hostile actions attempted to modify this core Ugandan interest by nullification of Rwandan refugees in Uganda, through kidnappings and assassinations. The list of Rwandan refugees either illegally repatriated to Rwanda and killed or killed within Uganda by Rwanda state agents is in hundreds of people.

Killings have now extended to Ugandan citizens who oppose hostile activities on Ugandan soil by trained assasins from Rwanda.

Rwandans who committed genocide against the Tutsi, must be sought out and brought to justice. However, this must not undermine the security of neighboring states and the only way to do this is to adhere to international law, and norms of dealing with such cases.

In that sense, Uganda would expect Rwanda to deal with these matters in a transparent and legal manner that doesn’t violate anyone’s rights.

Lately, Rwanda has so much abused this unfortunate 1994 event for non other than political purposes. Tutsi genocide survivors are routinely labeled genocidaires or even less than human. A senior Rwandan official labeled the late Patrick Karegeya, some piece of petrified material that was put in “It’s” rightful place – getting killed.

This kind of dehumanization is reminiscent of the one that we are all trying to say no to with regard to Rwandan violent history. The government of Rwanda cannot continue to bury her head in the sand and pretend there is no legitimate contestation of power that has led to the death of millions of people since the end of genocide, with the Hutus being the main initial victims and the Tutsis in the recent past and currently, Tutsi genocide survivors.

This has created millions of Rwandans to run to exile, Uganda included.The attendant international terror system that the government of Rwanda created in response has led to the killing of hundreds of thousands around the world and within Rwanda.

The former President of Tanzania Jakaya Kikwete suggested the need for the government of Rwanda to speak to these Rwandan refugees to end the cycle of violence. President Museveni has echoed a similar sentiment, through a letter he wrote to the President of Burundi, Pierre Nkurunziza that he has never found a problem in talking to his political adversaries.

Instead of criminalizing individual Rwandan citizens in exile like Gen Nyamwasa, Rujugiro, Mukankusi, Gasana, etc and refugee organizations like RNC and others, Rwanda should do the right thing and treat all Rwandans as the law suggests.

Gacaca, a combination of both restorative and retributive justice, mainly metted injustice on many Rwandans and defined another era of Gacaca refugees, who run away because Rwanda state had made up cases against them to mainly disposess them of their property. Other than that, I find it rather cheap and foolhardy for Albert to speak to Arua as a neglected region much less delve into the national character of the UPDF.

It seems to me that Rwanda knows no boundaries when it comes to dealing with Ugandan matters. We are no angels. However, we have moved beyond sectarian methods of manipulating our people to cause conflict, or sending out bigoted ideologies to make a case for or against, much less parochial wedges, either to weaken our military, or our population.

Albert Rudatsimburwa, shamelessly stokes sectarian sentiments on both sides of Uganda and Rwanda by openly embedding bigoted statements in his narrative. One on Arua being neglected and the SFC vs Mainstream UPDF.

What Rudatsimburwa doesn’t know is that the West Nile region is one of the richest in Uganda and has no competitor region in the whole of Rwanda. It’s one of the most beautiful places in the world, with Murchison Falls Park, the Pakwach bridge, which is breathtaking and the plentiful of food production in the northern part that Rwanda can only dream of.

Following the very significant infiltration of our society by Rwandan security elements, to cause terror amongst refugees and later to our leaders and general population; Ugandans fought back in one single voice and effort.

Had Uganda’s security not acted swiftly in the last few months, Uganda was moving towards another black September moment where a refugee group with support from mainly Syria, The Palestinian Liberation Movement (PLO), fought a battle with the military of the host country, Jordan.

Rwandan elements who came to Uganda posing as refugees massacred a yet to be known number of genuine Rwandan refugees and members of the Ugandan Police, military, judiciary, businessmen and politicians.

From history, we can also draw from the demarcation of India in 1947 with an imaginary line without considering religious differences, which meant some Hindu found themselves a minority in Pakistani and Moslems, a minority on the Indian side.

This divide by the British was deliberately made to keep the two countries at each other’s throats and they still fight over that issue today..However, the attempt by each group to run away from a dangerous status of minority across the border, made one a refugee. The resultant violence was the death of 2 million people.

Albert Rudatsimburwa imagines, this reality is lost on the people of Uganda much less the people charged to keep us safe headed by President Yoweri Museveni.No more hostile activities from Rwanda were welcome in Uganda. It then goes without saying that with the return to normalcy, the ball is in Rwanda’s court to figure out how to sit down and talk peace with her people living as refugees in Uganda and all over the world.

Yoweri Museveni, General of the UPDF and President of the Republic of Uganda has no reason to explain himself to anyone on the issue of Rwanda and her refugees because it’s a Rwandan issue. His responsibility is to secure Uganda’s interests beginning with security for which he is doing an excellent job.

The writer a Strategic Studies enthusiast. 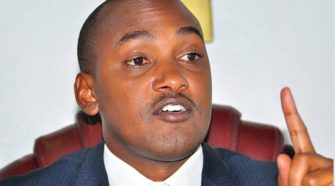