The King of Tooro, Omukama Oyo Nyimba Kabamba Iguru Rukidi IV, will be in the Kigezi region later this month in what is said to be a visit to strengthen the ties between Tooro and Kigezi.

The visit which is organised by the International Community of Banyakigezi-Uganda Chapter will take place August 22 to 24.

The International Community of Banyakigezi is an association of people from the greater Kigezi region in the diaspora and the Banyakigezi-Rwenzori Association.

Organizers say the Omukama’s visit will strengthen the ties between Tooro and Kigezi given the historical relations between the two regions and peoples.
The itinerary of the visit will open on Thursday August 22 where the Tooro King will be received at 2pm at Satellite Hotel Rwahi at the border between Kigezi and Ankole.

Later at 4pm, the Omukama will visit the home of the legendary Munyakigezi elder, the late Paul Ngorogoza.

It was during Ngorogoza’s leadership as an administrator in colonial Kigezi that the push for people from Kigezi, notably, the Bakiga, to go to Tooro to look for land due to population pressure in Kigezi, was actualized in 1954.

The land in Tooro was given to Banyakigezi free of charge by King Oyo’s grand father, Rukidi. Currently, there are hundreds of thousands of Banyakigezi resident in Tooro.

On Friday August 23, King Oyo will have a conversation with young people from different schools and tertiary institutions from Kabale Municipality at Agaba Hall in Kabale town.

The Tooro leader, being a UN ambassador on combating HIV, is expected to deliver a key message on prevention and responsible living. There will also be discussions about innovation and youth entrepreneurship.

On the evening of the same day, there will be a bonfire-like campside-like dialogue also known as ‘ekigaaniiro’ involving King Oyo, elders and youngsters from Kigezi and Tooro in the lush gardens of White Horse Inn, one of the oldest and historical hotels in Kabale.

King Oyo and his delegation are expected to also visit Lake Bunyonyi to appreciate its scenic beauty before departing on Saturday August 24. 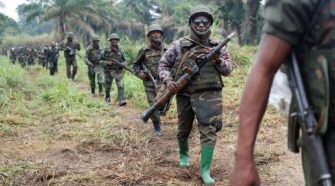