KABALE – The Head of Tourism Police Department in the Uganda Police Force, Commissioner of Police, Frank Mwesigwa has said that the department requires about 4,000 more personnel to execute its mandate effectively.

Mwesigwa who is in Kigezi region for a three day tour revealed this on Tuesday evening while addressing a press conference in Kabale town.

He said that the department has only 1000 personnel out of the minimum 4000 required.

“We are trying to train more police officers to solve this problem of inefficient human resource although the problem is still serious in this field,” he said.

Mwesigwa added that the tourism department has also embarked on sensitising locals neighbouring national parks on the benefits of embracing the sector to reduce on the human-wildlife conflict.

“We have had the challenge of human beings conflicting with wild animals for long but in our various engagements, we tend to remind our people the benefits of people living harmoniously with wildlife,” said Mwesigwa.

The chairperson of Kigezi Tourism Cluster, Eng. Ivan Batuma hailed the role of tourism police in addressing security issues in the country.

“Before establishing tourism police, we had struggled with insecurity in some of our sites but now where these officers are deployed, we are sure of quality protection for our visitors,” said Batuma.

The Kabale Tourism Officer, Benson Kasigazi Kitabire said that with more tourism police officers on ground, there will be increased assurance of security.

The Tourism police department in Uganda was created in 2014 to facilitate safer stay of tourists in the country. 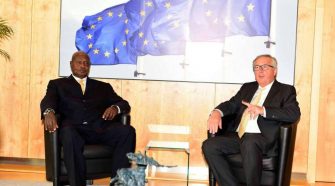