Controversial Rwandan politician, Olivier Nduhungirehe, was this week axed from Cabinet where he was serving as the country’s Junior Foreign Affairs Minister in charge of East African Community by President Paul Kagame for what was termed as “consistently acting based on personal opinions over government policies”.

Nduhungirehe, 45, from the majority Hutu tribe of Rwanda had served in the position for more than two years since his appointment in 2017, until April 9 this year when he was shown an exit.

His sacking however shocked many people given his perceived closeness with the establishment and the authority he commanded both locally and internationally whenever emphasizing Rwanda’s position.

The April 9 communiqué that announced Nduhungire’s exit by Rwanda’s Prime Minister Édouard Ngirente on behalf of President Paul Kagame, did not give specific incidents where Nduhungirehe deviated from government position and fronted his personal ideas. As such, many people have since attached the sacking to his unfounded accusations against Uganda in the recent past, many of which he raised using his personal social media platforms yet some required address through diplomatic channels.

Others have argued that Kagame is trying to find a way of appeasing Kampala as the two countries approach advanced stages towards ending the more than one-year-long stand-off between the countries.

However, these two claims appear to be far from the truth. Nduhungirehe communicated President Paul Kagame’s position and the government of Rwanda with certainty in the Uganda-Rwanda impasse.  His tweets against Uganda were widely promoted by other Rwanda government officials and the state-run media.

This writer has it on good authority from insiders in Rwanda, that Nduhungirehe’s sacking stems from his opinions on the 1994 Rwandan genocide and how he thinks it should be commemorated.

The Rwandan genocide, also known as the genocide against the Tutsi was a mass slaughter of Tutsi between 7 April and 15th July, 1994 during which close to a million people perished.

The Rwandan Patriotic Front (RPF) fought amid all odds and captured all government territory, ending the genocide. Several of the genocidaires escaped into Zaire (Democratic Republic of Congo).

The only country in the world which came to the rescue of the Rwandan people was Uganda under the leadership of President Yoweri Museveni.

Every year between April and July, Rwanda commemorates the 1994 genocide against the Tutsi in what they call ‘Kwibuka’ which means ‘to remember’. The official government position is that the genocide was against the Tutsi. This is witnessed in the exhumation, burial ceremonies, commemoration events and genocide memorials.

Indeed, this has for long been a point of contention between the Tutsi led Rwandan government and several opposition politicians, Rwandans of Hutu ethnicity, musicians and some leaders like Nduhungirehe. These have argued that several Hutu who did not support mass murder of the Tutsi were also killed. They say it is unfair for government of Rwanda to deliberately write off that history. For a fact, individuals in Rwanda who remember their relatives of other ethnicities who died in the genocide are branded as genocide deniers.

They reaffirmed that Hutus and people from other groups were also murdered for their opposition to the atrocities against Tutsi. This is contained in paragraph two of the UN General Assembly decision on the 1994 Genocide against the Tutsi in Rwanda.

Nduhungirehe from the Hutu tribe who claims that his brother was also murdered in the genocide, is one of the prominent leaders in Rwanda who has been opposing the narrative painted by the government in which he served. He has since 2013 used his Twitter handle to oppose the terms “moderate Hutus” used in reference to Hutus who intermarried with Tutsi and their children. He has also agitated for government to allow all Rwandans including Hutus to remember their fallen relatives and friends without restrictions.

In a tweet on April 8, 2017, Nduhungirehe said that authorities in Rwanda “should instead say that the Hutu who opposed the genocide against the Tutsi were also killed. That is a fact, but not moderate Hutu”.

“Moderate Hutu even implies that the average Hutu is by essence extremist. We should avoid those western-fabricated notions,” he added.

He reaffirmed that Hutus killed by the Intarahamwe are also victims of genocide who should as well be commemorated and remembered.

Despite publicly expressing his position for years on Twitter, the spark of his problems was at the start of this year’s ‘Kwibuka’ on April 7 when he put up a tweet saying nobody should tell Rwandans how to celebrate their killed relatives.

“Remembrance is precisely about “personal circumstances” and collective memory is an indication of individual memories. Every Rwandan remembers his or her loved ones. This is the purpose of Kwibuka. No one has the right to tell others when and how to remember them,” reads Nduhungirehe’s tweet which he has since deleted.

The tweet attracted the attention of Lonzen Rugira a renowned RPF cadre who told him that personal circumstances can not be said to undermine collective memory.

Nduhungirehe who said that he was versed with what he had posted responded thus: “Today 7th April is the day the top politicians of the opposition were killed, many with their families. Some of us knew them personally and grew up with their children. Yes Lonzen, today is definitely the day to remember them.”

In another tweet posted on April 15, 2016, Nduhungirehe captions pictures of him together with his brother both at a young age with: “Janvier Jean Cyriaque Nduhungirehe (November 8, 1976 – April 15, 1994). Rest in peace little brother.”

It is important to note that Nduhungirehe does not belong to the ruling RPF party. He is a member of the Social Democratic Party (PSD) which joined the national unity government after the genocide and supported President Paul Kagame in the 2003 Presidential elections.

Nduhungirehe’s continuous demands to allow all Rwandans to freely mourn their Hutu relatives murdered in the 1994 genocide contrary to Rwanda government’s official position could have irked the Kigali administration, and just like a number of other Rwandan nationals who have attempted to do the same, he is likely to be headed for problems including arrest. His tweets could be used as evidence in charges of genocide revisionism.

His message for reconciliation is synonymous with what the dead Rwandan gospel musician, Kizito Mihigo and the recently released Rwandan government opponent Victoire Ingabire said. Mihigo used his song entitled ‘Igisobanuro Cy’Urupfu’ to preach peace and reconciliation amongst the people of Rwanda, between the Tutsi and Hutu. He was instead arrested and later died in a police cell. The government of Rwanda claimed he had committed suicide using bed sheets. The claim sparked international outrage and human rights organisations demanded for independent investigations into the death. It is widely believed that Mihigo did not commit suicude.

Victoire Ingabire was arrested in 2010 when she visited the Gisozi Genocide Memorial Centre to honour the victims of the genocide and stated that Rwanda’s political policy was not sufficient to bring about reconciliation, and noted as an example that the memorial did not acknowledge Hutus who also died during the genocide.

The immediate action imposed on many politicians in Rwanda who fall out with the regime is to deny them movement out of the country as well as imposing trumped-up charges against them as it was in the case of the country’s former envoy to Ethiopia and African Union, Protais Mitali, who was accused of ‘embezzlement and theft’.

It is widely speculated that Nduhungire may be summoned by Rwanda Investigation Bureau (RIB) to answer charges ranging from undermining government policy, genocide denial and genocide revisionism.

The English dictionary defines genocide as the deliberate killing of a large group of people, especially those of a particular nation or ethnic group. 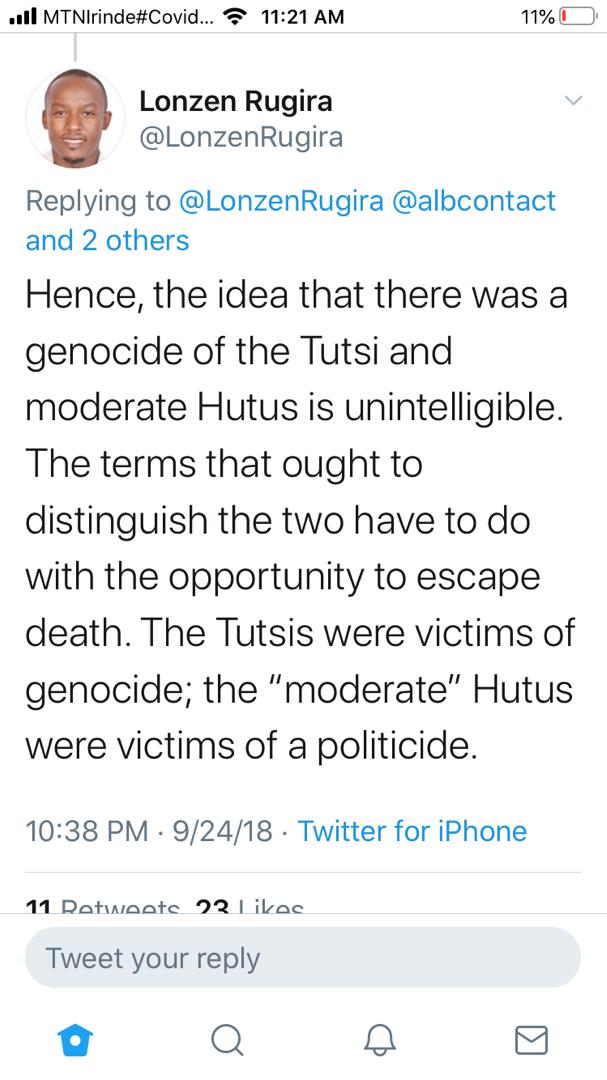 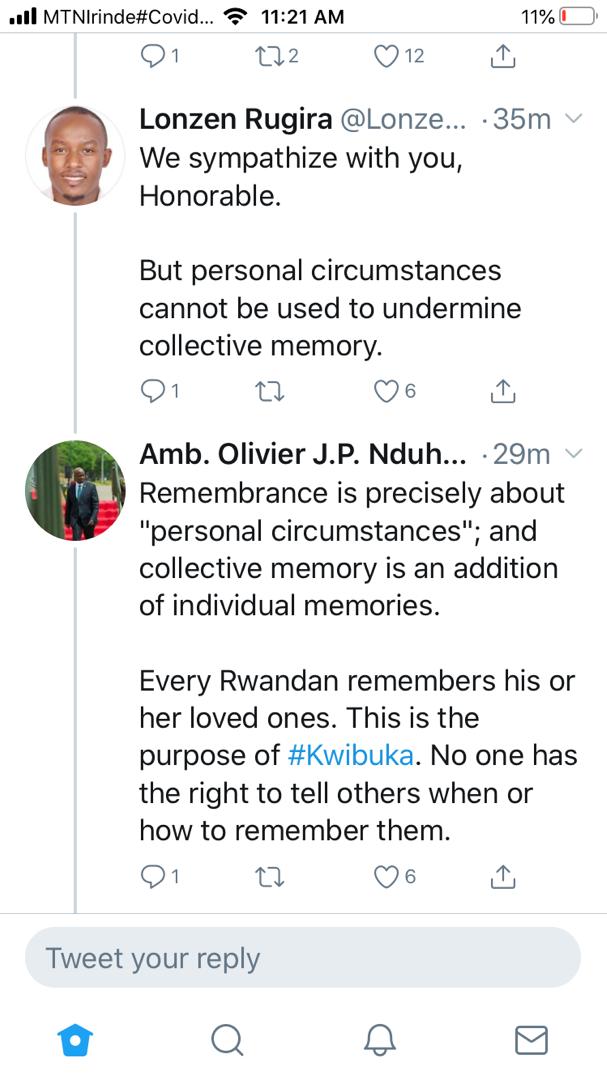 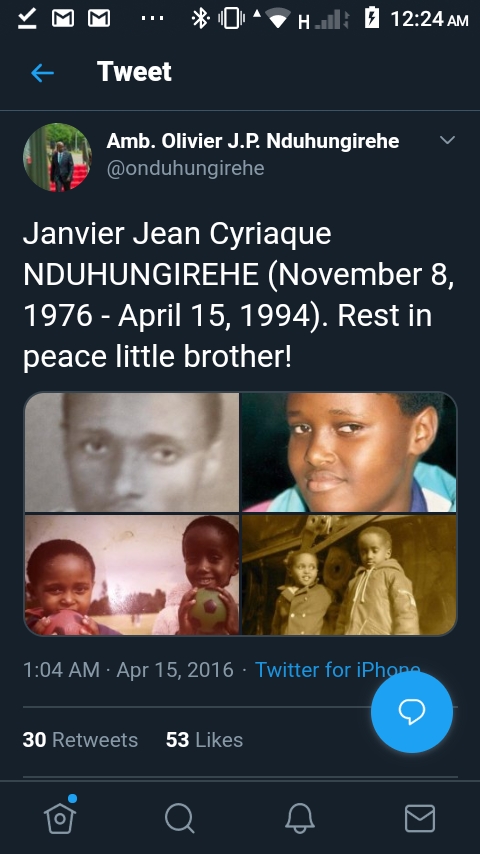 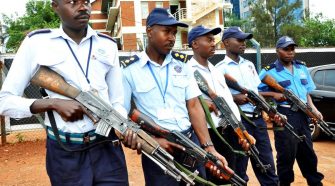