Traders and manufacturers have expressed concern over the digital tax stamp system which was recently rolled out by Uganda Revenue Authority (URA) saying it will make production and consumption costly for both manufacturers and consumers.

The concerns were raised Tuesday during a dialogue on the dynamics and implementation of the digital tax stamp solution, organized by the Anti Counterfeit Network (ACN) held at Protea Hotel Kampala.

Odongo James, the Assistant Commissioner for Domestic Taxes explained that the digital tax stamps were introduced to allow track and trace capability for select products, in a bid to combat the production and distribution of illicit products.

So far, the solution only applies to gazetted products including soda, water, beer, spirits, wines and tobacco products for collection of excise duty. The digital stamp which bears covert and overt security features allows the consumer to verify whether a particular product is genuine or substandard, using a Mobile App or SMS.

Swiss company SICPA, which is a renowned producer of security ink (for currency and other sensitive documents) as well as identification, traceability and authentication solutions, was contracted to provide the technology.

During Tuesday’s discussions, a number of issues were raised by the stakeholders including the question on who meets the cost of this now mandatory product feature.

Evarist Kayondo, the Chairman of Kampala Capital City Traders Association (KACITA) said the new system will have far reaching transactional implications and that it will be the consumer and manufacturer to bear the brunt.

“We need to sit back and think the manual stamp which was on cigarettes was Shs 5, now the digital stamp will cost Shs 80 on tobacco products. The cost on the stamp for each bottle of water was increased by 300%. That’s astronomical. It’s unthinkable,” Kayondo told participants.

“That needs to be explained to the consumer. Why are you changing the cost and who is going to bear it? We used to get manual stamps at a price as low Shs 5 from India, and this included profit too”.

He reasoned that since the new technology is aimed at riding the market of fake products and preventing tax leakages, it should be cost-effective or better still implemented at zero-cost to the manufacturer and consumer.

Kayondo further argued that contracting a foreign company (SICPA) to provide the equipment and technology for the new system will result into capital flight, proposing an equity clause that gives Uganda a certain percentage in the company’s dividends.

Simon Kaheru, the Communications Head at Coca-Cola Beverages in Uganda equally highlighted the negative impact that the cost on digital tax stamps will have on sales.

“Why should we be the ones to cover this cost? In Uganda, you know that when you increase the cost of something, people will no longer buy the product”.

“By us covering this cost, it interferes with our own investment plans. Actually for one of the manufacturers I won’t name here, the cost of the digital stamps was going to be an additional USD 9m for one year”.

“Nobody goes into business to get additional bills. That doesn’t make sense. So, definitely, they are going to go out of business,” Kaheru said.

Kaheru also cited the inadequate sensitization on the part of government, saying this too could affect implementation.

Other issues raised included safety of data, public revenue versus public health, and use of more convenient technology for the consumers.

URA says the issue of cost is part of the ongoing discussions with the manufacturers association.

Odongo revealed that regarding implementation, so far, tobacco products and soda are already being produced with the digital while for spirits, wines and water, the full implementation is yet to be realized. 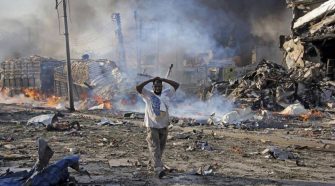