Following the gridlock in Kampala city on Tuesday which saw many motorists fail to beat the 7pm curfew deadline, Police has warned that it will impound all vehicles found to be on the road beyond the curfew time.

On May 19, President Yoweri Museveni said private vehicles would be allowed on the roads following months of lockdown which restricted the movement of public and private means of transport. The President said the private vehicles must have maximum of 3 occupants and that everyone must wear a face mask to slow the spread of coronavirus.

Kampala Metropolitan Police (KMP) says that on Tuesday, the city experienced traffic jam caused mainly by excitement, indiscipline and people delaying at their places of works.

SSP Norman Musinga, the Kampala Metropolitan Police Traffic Commander says that some motorists had nothing serious to do but wanted to drive for the sake of getting out of their homes and move around town.

Now, Police has directed that motorists observe the Ministry of Health guidelines and the Presidential directives on curfew time.

“Delay in traffic jam should not be used as an excuse for being caught up in curfew time,” SSP Musinga said in a statement.

“Motorists should therefore plan for their journeys well to avoid inconveniences. We shall impound all motor vehicles found beyond curfew time and action will be taken against the drivers,” he added.

Police has also said it will be enforcing Traffic Rules and Regulations on all checkpoints, with emphasis on permits, carelessness, deriving under the influence of alcohol, insurance among others.

Vehicles that are in bad mechanical condition, those whose drivers are found without safety belts and those that have not cleared their outstanding express penalty receipts will be impounded, Musinga said

SoftPower News has established that the motorists who were arrested on Tuesday for violating curfew were later cautioned and released by Police. 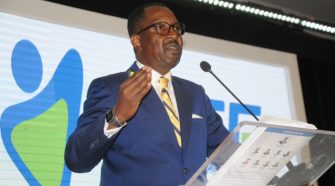