The world has become interconnected technologically, financially, institutionally and organization wise, which is in itself positive, however, the interconnections create new risks and challenges. Risks such as ‘new’ forms of terrorism, pandemic flu and global financial risk have impacts beyond national borders resulting in borderless (transboundary) crises.

Decision must be made in environments highly unstable, rapidly changing, and unpredictable. The number of people involved in the process increases, and lack of clear superordinate direction makes the decision-making environment complex. For some of these risks there is no a prior knowledge, while some are larger in terms of scale and impact, with unknown origins, creeping under the surface to emerge as ill-defined and ill understood crises.

Research shows that effective crisis sensemaking requires well-rehearsed processing, sharing, analysis, and creating information that can be efficiently communicated in a comprehensive dynamic picture with possible “futures”, potential consequences that are understandable to everyone. This requires good cognition and social skills on the part of the policy makers and leadership. During crisis, the None-Technical Skills (NTS) become crucial.

NTS are the cognitive, social and personal resource skills that complement technical skills and contribute to safe and efficient task performance. They are situational awareness, decision-making, teamwork, leadership, and the ability to cope with stress and managing fatigue. Situational awareness is tricky under rapidly changing conditions, yet without it, crisis leadership fails. Decisions must still be made from diagnosing confusing, contested and often fast-moving situations correctly.

During crisis, multiple open systems must interact with other teams to achieve common goals. This requires effective cross-team processes interdependence and independent inter-team leadership and cooperation with emphasis and greater precision with regard to where (within teams, across teams) and why (team goals, system goals). It is worth noting that the agencies and teams involved may share overarching superordinate goals at the multiteam level, but unique sub goals and the crisis leader may not have any formal authority or mandate over the other teams.

Crises leadership is a protracted and exhaustive processes with stress cumulating over time. Stress has been found to have a profound effect on cognitive functions. It is it very hard to correctly process information while experiencing high levels of stress. Cross team working in multi-teams adds the stress of group processes and the process of getting consensus while under time pressure and public expectations. Particularly because transboundary crises take longer timer to resolve, managing fatigue and stress over a long period are crucial. Here, personal stress meets teams- and organisational stress and the stress of the aftermath of the crisis bureau-politics and blame games.

Like crisis, the nature, medium and mechanism for information sharing is in constant metamorphosis, a clear challenge to modern day leadership. Controlling information flow during a crisis onset is critical, yet one cannot put a lid on developing news or control the correctness of what comes out. Even the less traditional media such as social media are playing critical roles in information gathering and sharing at a rapid uncontrollable. Social media platforms like Twitter, Facebook, blogs, discussion forums, commentary sections to online news articles are the modern-day town hall meeting or village gathering. These are arenas for discourse which plays a vital role in sensemaking and sensegiving and cannot be ignored by policy makers.

It is also increasingly apparent that there are many risks associated with rapid information sharing and increasing development of conspiracy theories posing challenges to managing risks. The perception of the level of risk, threats, uncertainty and the sense of urgency surrounding a crisis are socially constructed by the public based on their knowledge and beliefs. Therefore, if knowledge and beliefs are based on sensemaking of media reports that are skewed, event-driven and predominantly negatively focused, the resulting constructed state of crisis and risk exposure is likely to differ from the facts. In other words, the values and goals reflecting how things are deemed to be will likewise be skewed. In a created social world drowning in information and noise, an objective independent reality is ruled out.

This creates a complex divide between policy makers and the public as the public expectations of actions to redress the crisis from authorities will not be seen as appropriate for their constructed sense of crisis. Leadership in the public sphere is further complicated when fear of public judgement and crucifixion is likely. Once a crisis is apparent, there is not a lack of criticism, ridicule and blame. Fear thus becomes a hindrance to taking bold actions during crisis, in particular those actions that are public, irrevocable, and hard to undo or disown. The process of political sensemaking and risk construction is thus both contentious and conﬂict filled as it exposes a government’s ability and capabilities to efficiently manage crisis.

A vital complexity of leadership under conditions of unprecedented turbulence are the numerous experts, opinions, analysts, media, governments, all producing reports and opinions, some of them conflicting. This is an additional source of uncertainty in sensemaking and decision-making. When this discourse of conflicting opinions plays out in the media, the level of uncertainty increases further skewing the collective situational awareness and understanding.

Communication must be at the heart of crisis leadership. With communication in this context meaning all social interaction building on speech, gestures, texts, discourses, and other means. It is vital that leaders recognize the importance of lingual, cultural, political, technological, and institutional environments of organizations and how they shape crisis communication. Particularly in crisis, information must be communicated concisely by the sender and in a such a way as to make it easier for the receiver to understand and recognize the relevance of it.

Coordination of risk management through multilevel governance systems and teams with different approaches is likely to contribute to, or even generate, risks and crises. A clear and shared understanding of roles, responsibilities and information is a requirement to minimize redundant deliberations.

Transboundary crises are likely to be unavoidable and more frequent in future, thus early sensemaking of crisis pathogens is needed. This will allow for early intervention, understanding projected escalation risks and exercising good crisis leadership, all which will be critical for societal resilience. Sense-making is about collecting, systematically analysing, and distributing critical information which helps to generate a shared situational awareness. This requires wider view, taking multi-stakeholder, transboundary focus, and governance enshrined in international frameworks. No single agency or government is capable or possesses the authority, level of expertise, resources, and structure required to address the challenge of reducing new or existing transboundary disaster risks alone.

The writer is a Doctorate Researcher in Leadership of Transboundary Smouldering Crisis at the University of Bradford, UK 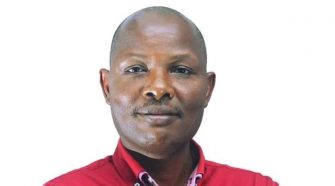