Singer Edrisah Musuuza aka Eddy Kenzo has opened up about how tough the situation has been for him in Côte d’Ivoire where he has been trapped ever since Uganda closed its airport over two weeks ago due to coronavirus.

The ‘Tubaale’ singer says he is very frustrated and broke while the situation seems not to be close to ending.

He told NBS TV on Thursday that he is finding difficulty with feeding in Côte d’Ivoire since most of their food is alien to him.

“I get hungry and can’t find what to eat. Yet I’m a person who has a very sensitive stomach,” he said.

“I’m very frustrated. All the money I had on me has been used. I came here when I had just sunk a lot of money into my Festival which unfortunately was cancelled due to coronavirus,” he added.

The BET Award winner says the cost of living in the West African country is very costly. He has had to spend about $300 to $400 on a daily basis.

“I had traveled with my guitarist. He left a sick child in Uganda. He doesn’t know what to do,” a visibly depressed Kenzo said.

He had no kind words for government, especially how it has gone about the travel restrictions particularly for Ugandan nationals now trapped in foreign countries.

According to Kenzo, it wasn’t wise for government to lock its citizens out yet some of them were in transit and with no money to sustain them.

“I understand that government had to close borders, but there are Ugandans who are stuck and don’t know what to do. Some people were already in transit when the abrupt decision to close the airport was made,” Kenzo said.

“It’s unfair. We are Ugandans. You would instead allow us to fly in and conduct as many tests as you wish or place us in isolation. But you can’t lock us out”.

He also criticized Ugandans who have been using social media to vent hostility against Ugandans like him, insisting that they should not be allowed into the country. It is unfortunate that Ugandans care about their individual selves, he said.

Kenzo also commented on the demands by some fans who have been piling pressure on artistes to contribute towards government’s program to support the vulnerable Ugandans in the wake of Covid-19.

He says artistes can only donate if they have what to give. He was bitter about what he termed as lack of respect towards musicians.

“Ugandans have a tendency of underlooking musicians. Musicians are not slaves. We work too hard for the money we earn. But most people want to focus on our earnings rather than what we invest”.

“Musicians go through a lot. We don’t sleep, some people have developed ulcers and gastric problems because, they are stressed. But people are not concerned with all that”. 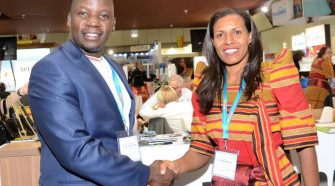