There’s a strong sense of accomplishment that one draws from pushing themselves beyond limits. Especially, when an effort has paid off. All of a sudden, the pains and sacrifice cease to matter. You get consumed in a rare feeling of sheer satisfaction.

Moments before we set off on a trek in the famous Bwindi impenetrable forest national park, earlier this year, I didn’t know what to expect. Well, I had a flimsy idea – walking in a forest. I have tracked chimpanzees in Kibaale forest national park. The experience would seem similar, but well, it isn’t.

The difference really sunk in after returning to Ihamba Residence where we were staying later that Saturday afternoon.

We had trekked a section of Bwindi forest for seven hours. Inconceivable, for many, but very rewarding. A crew of us (some 15 or so travel writers) had gone to Bwindi to attend an event to inaugurate a Batwa cultural centre.

Then we decided to use one of the days to do a nature walk. The idea of a ‘nature walk’ sounds relaxed, peaceful and hassle-free. From the face of it, you imagine a leisure walk, beautiful sights, and adventure. Soon enough, you figure out what what the experience actually is.

Our trek began in a vast greenery of tea gardens uphill. Tea farming is a source of livelihood for most families in Mpungu sub-county, Kanungu district where we were staying. We were in company of Tina Katushabe, who owns Ihamba Residence and Michael (our guide), plus a park ranger armed with a gun whose role is to keep us safe in case anything/anyone poses a threat. 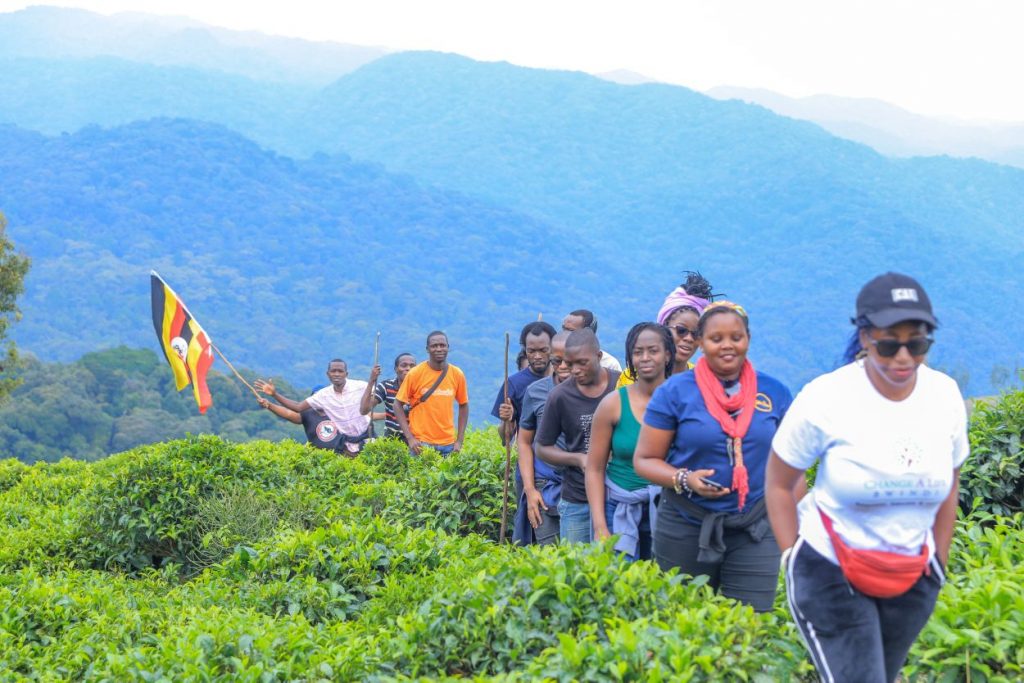 In the entire crew, only Michael knew what direction this excursion would follow. He led us and used a machete to chat a path for the rest of us.

Moments later, we were in this thick vegetation with endless miles of rain forest ahead. The forest is home to more than half of the world’s total mountain gorilla population. Michael constantly gave us a heads up on what we were getting into, especially cautioning us to avoid the thorny plants.

It’s recommended you wear clothing with long sleeves (preferably thick) to protect your arms from thorny or itchy thicket. A pair of long socks and trekking boots are also highly recommended. The forest is a collection of very diverse vegetation which is sometimes tricky to navigate. I recall asking our guide whether I needed to worry about snakes. I dread them. He said the sound from our movements would keep them away. In any case, snakes wouldn’t find the cold weather in Uganda’s southwest favorable. They often prefer warm habitats.

We later crossed a small stream, then began to go uphill. At certain points, we followed existing foot paths that seemed to have been used before. For the most part, the tall trees and their thick canopy shielded us from the sun.

Each one of us had a walking stick. This is a very helpful tool for support. It’s like your third leg. At the numerous sections where the earth is steep and slippery or where you are not quite sure where to land your foot, you will use your stick for support.

The team worked like a long chain that’s interlinked. You soon realize everyone is an important piece. The person ahead of you is your third eye. They will alert you about what you need to be cautious about, and you’ll do the same for the person behind you.

All this while, the conversation kept going. We joked and laughed about pretty much anything, most times guys throwing mean jokes at each other.

The group had funny guys that kept you almost chocking on laughter. And this is what makes the tedious exercise bearable. The fact that you are not in this alone somehow keeps you going.

A bottle of drinking water is as important as the walking stick. Staying hydrated is all the energy you’ll need to keep going. We kept on pushing ahead and stopping for breaks and resuming.

Given the nature our work (journalism) there were a range of questions to our host Tina as well as Michael. Questions relating to the forest, tourism, the gorillas as well as the Batwa people  who many years ago lived comfortably in caves in the forest.

There were times the group was unconsciously torn into two, due to our different paces. Then later, we would again converge. There were many times you felt we were on a journey to nowhere. That perhaps our guide had lost his bearings.

It’s hard to find hope when all you are surrounded with is a thick vast forest and you’ve been walking for hours. Bwindi forest is 331 square kilometers wide. But Michael kept reassuring us we were soon approaching our landmark – the waterfalls.

There were many steep and slippery slopes, but there was this particular point we came across that proved challenging. It was so vertical that you needed help from the person ahead of you, going down it safely.

I recall myself and Michael plus another colleague spending some time helping everyone that came after us to maneuver. At this point, getting your cloths dirty mattered less. Safety is what comes first.

Some moments get real and intense. Like when a large stone rolled down and hit one of the ladies in the back. It hit her hard that she cried helplessly. In that moment, it dawns on you that actually many things could go wrong. But soon enough, we were again pushing on.

I recall the sense of relief I got as the roaming sound of the waterfalls got louder and louder, and when we finally reached river – River Mbwa – in a valley. 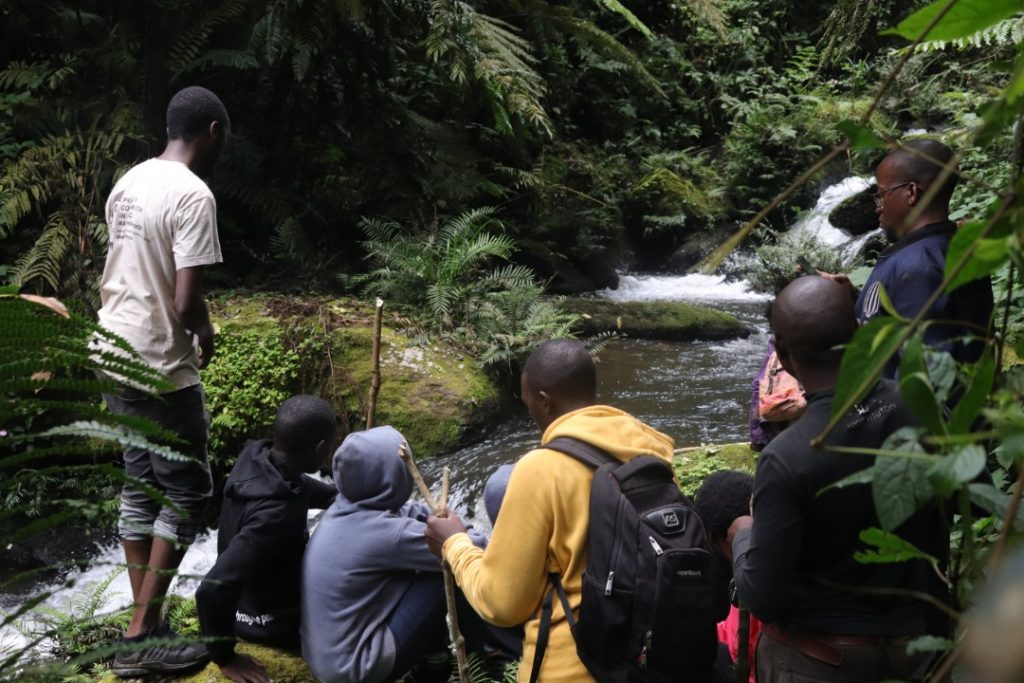 Here, we spent about 30 minutes taking photos and catching a breather. Beholding the sights, you can’t help marvel at the stark contrast; on one end, a huge forest inside which life seems static and quiet, and a stream whose burbling waters flow endlessly. There, you admire more than ever the irony in nature.

When you cross the river, it’s another uphill trek. Some of the paths were tucked under the thickets; you had to literally crawl on your knees.

Seven hours later, when we finally set foot back at the Ihamba residence, it sunk in. I appreciated the importance of what I had accomplished. Spending a day in the midst of a pristine forest, interacting with nature, bonding with friends and also doing a healthy physical exercise.

There can never be a better time to appreciate the importance of conserving nature.

The idea that all this wouldn’t have been possible if Bwindi forest didn’t exist. 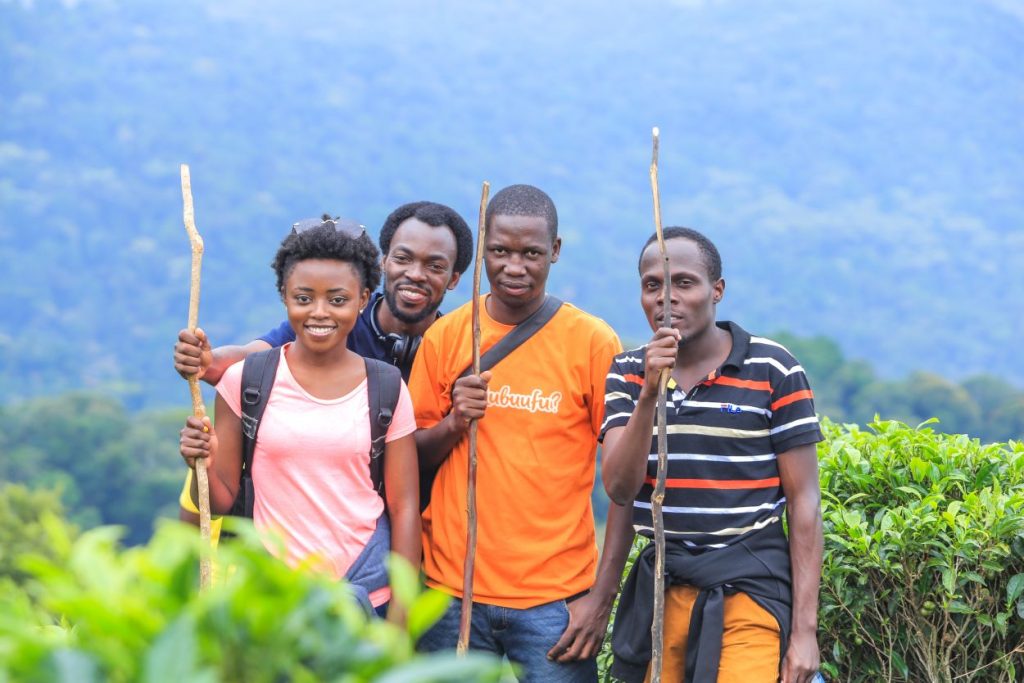 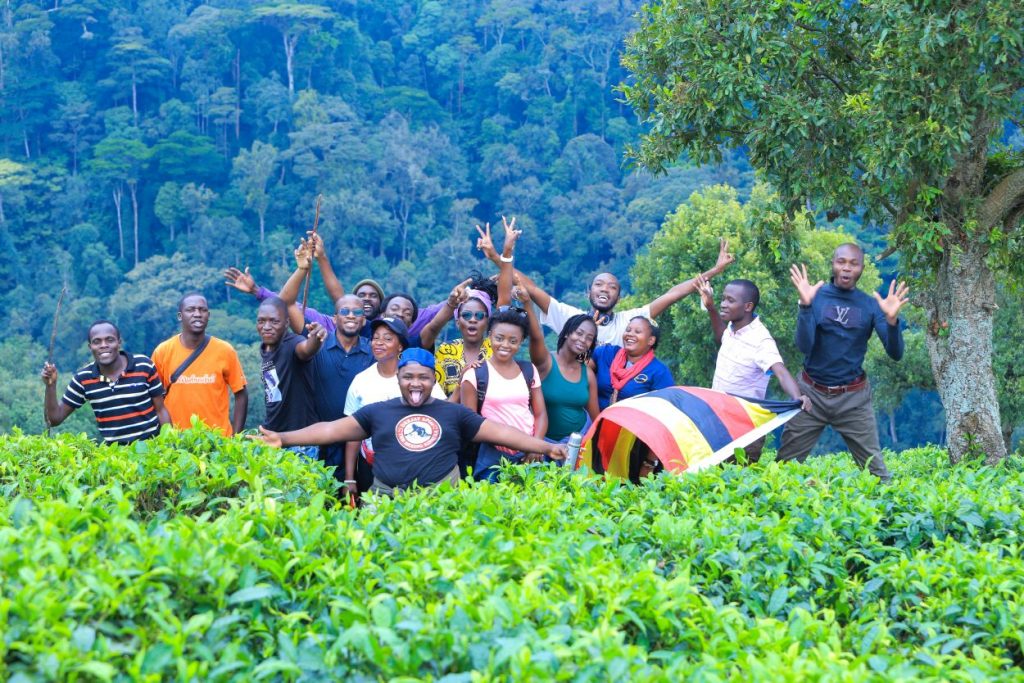 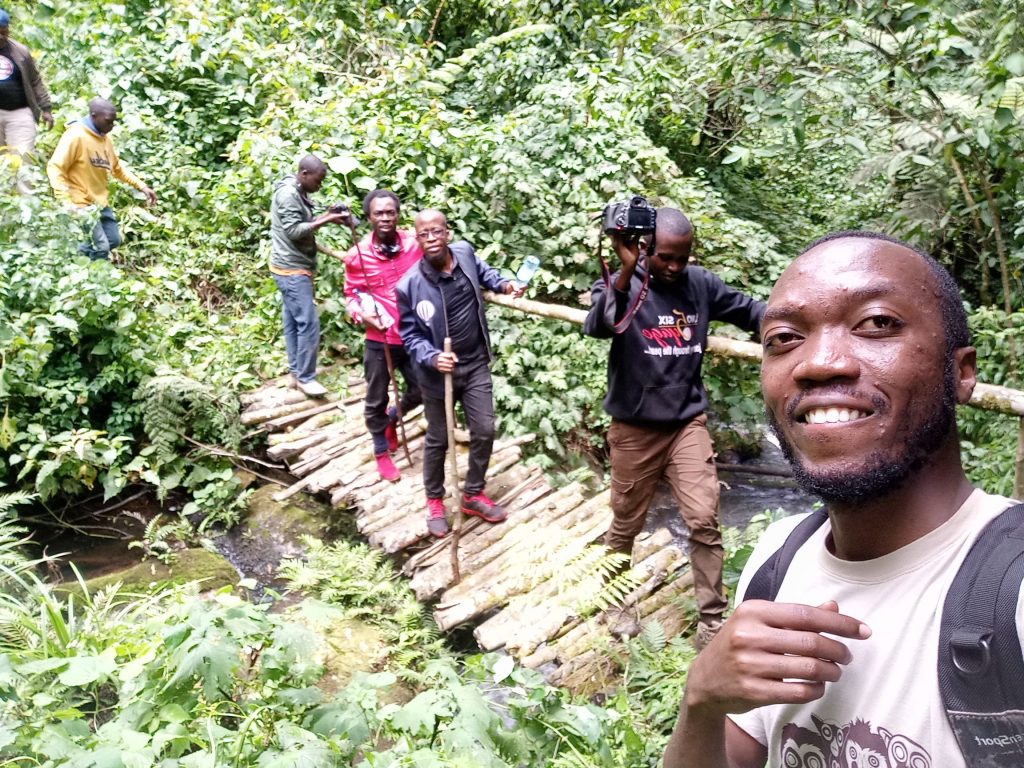 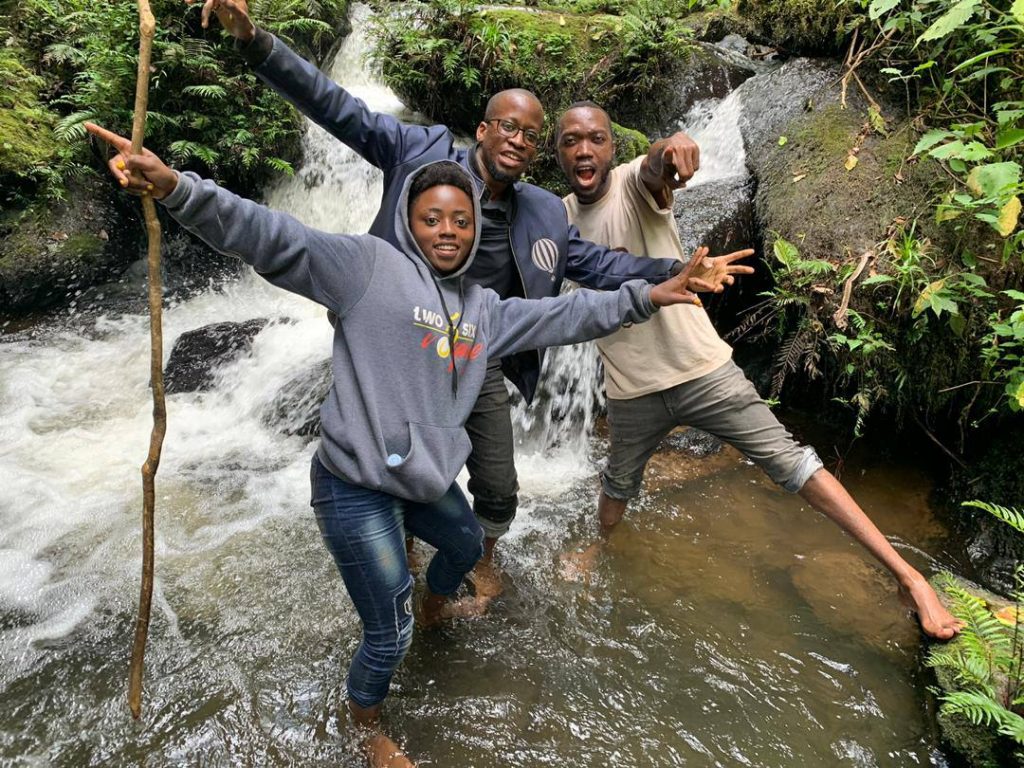 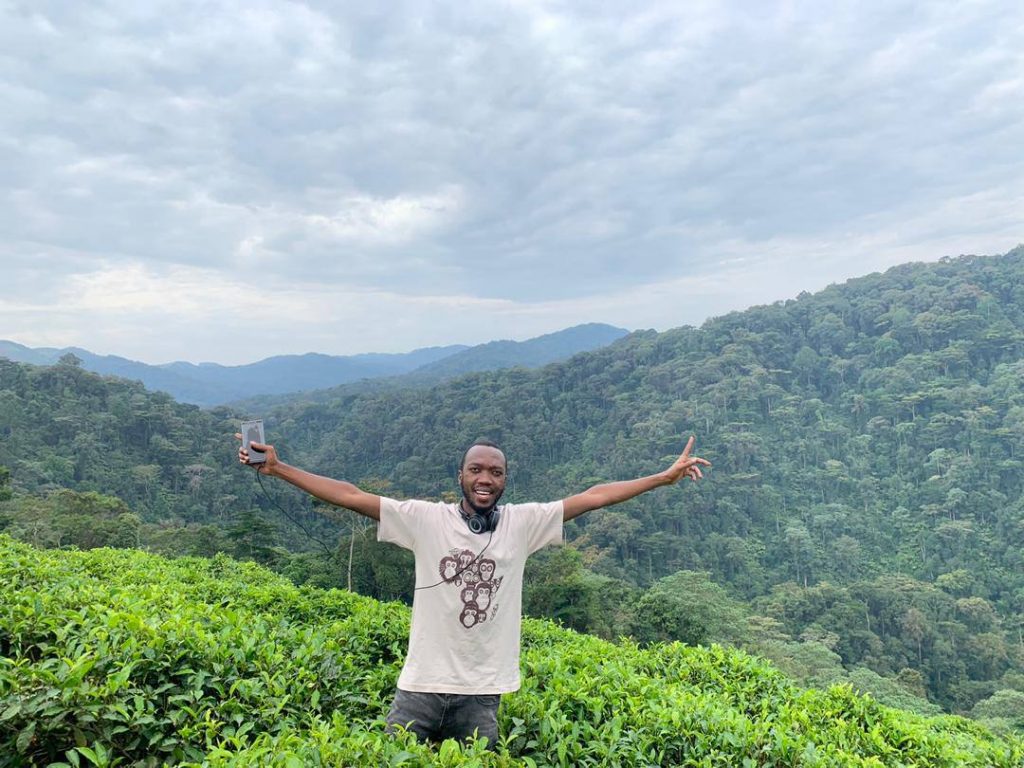 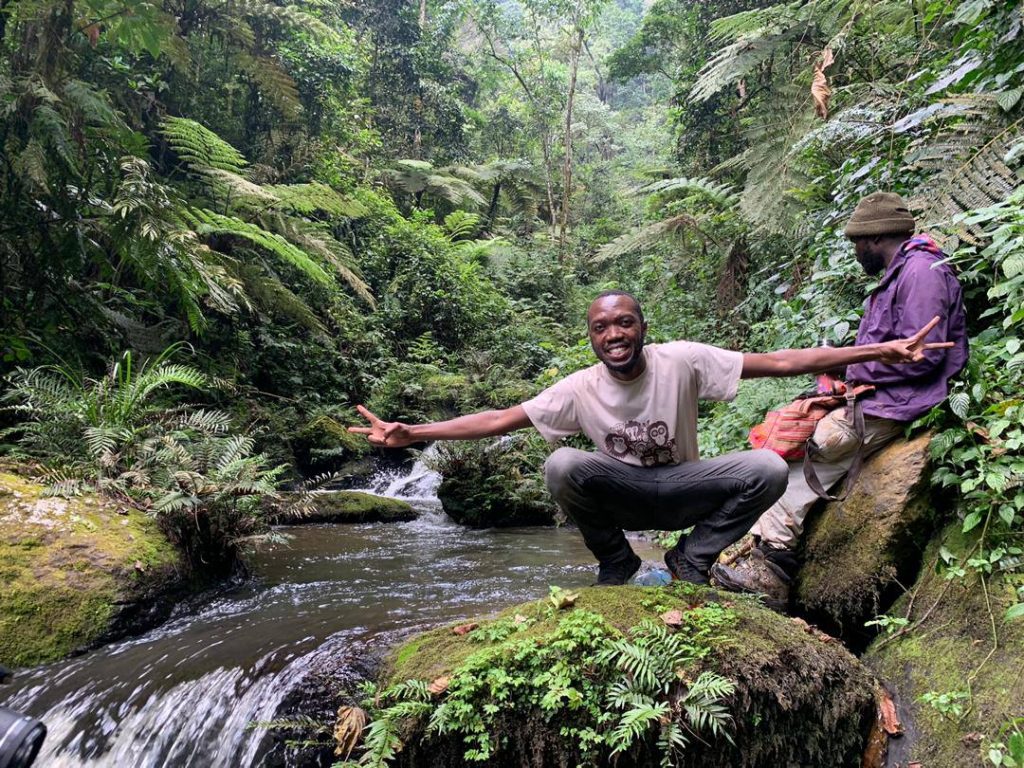 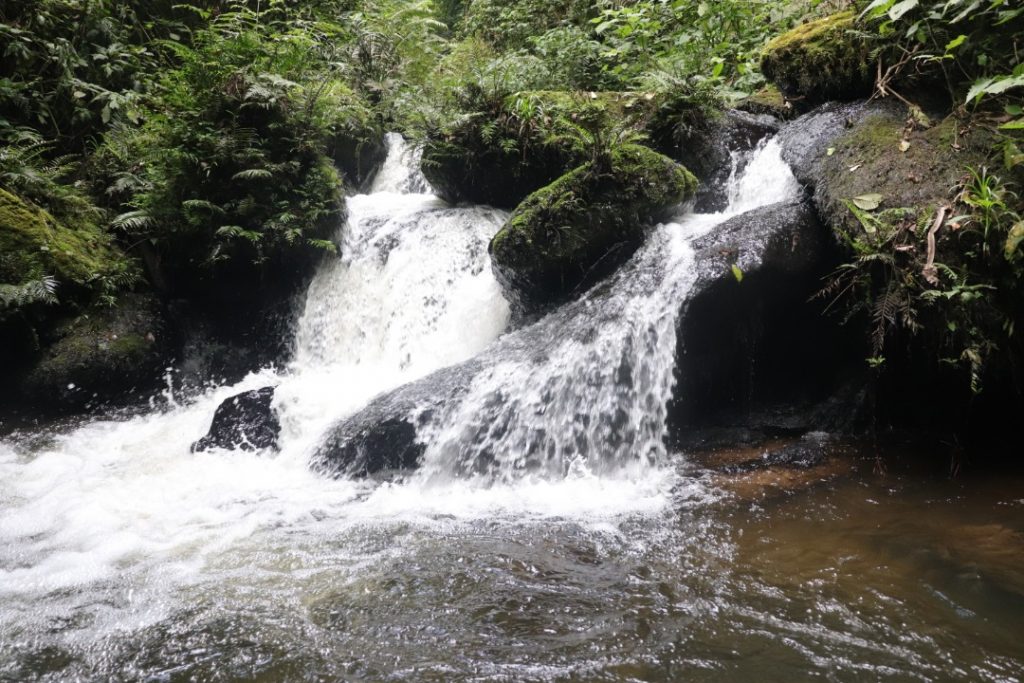 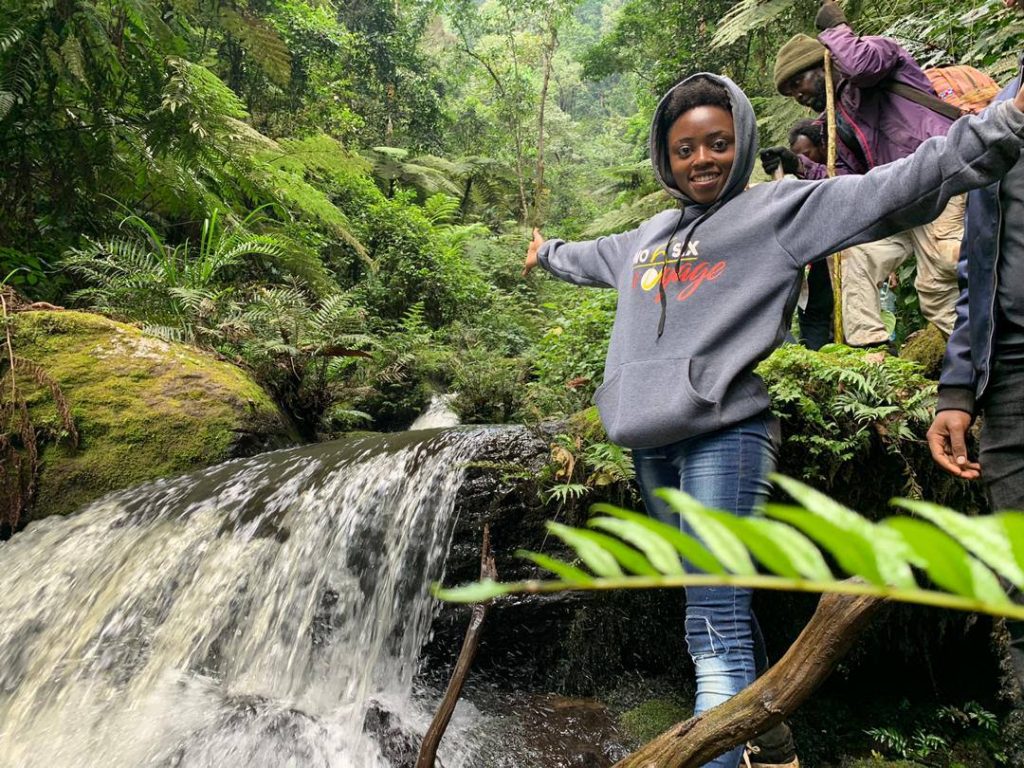 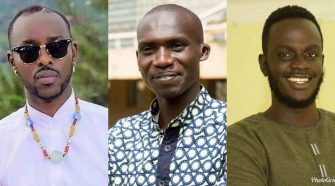