The American Senate has acquitted U.S President Donald Trump on both articles of impeachment, that is, abuse of power and obstruction of Congress.

The Senate voted 52-48 to acquit Trump on the charge of abuse of power while they voted 53-47 to acquit him on the charge of Congress obstruction. With the conclusion of the Senate trial, President Trump remains the US president and he is already on the move to be re-elected in November 2020.

“I will be making a public statement at 12.00 pm tomorrow from the White House to discuss our Country’s VICTORY on the Impeachment Hoax!” Trump tweeted moments after the acquittal.

Trump became the third president in US history to be impeached by the House of Representatives but acquitted in a Senate trial. A two-thirds majority of 67 senators would have been required to remove him.

The impeachment was hinged on Trump’s conditioning military aid and a White House meeting for Ukraine on the announcement of a pair of investigations: one into his potential rival for the White House in the 2020 election, Joe Biden, and son Hunter Biden; and a second into a conspiracy theory that Ukraine, instead of Russia, was tampering in the 2016 U.S election.

Republican Mitt Romney of Utah was the only Republican to vote in favor of convicting Trump – and he became the only senator in history to vote to remove a president from his own party in an impeachment trial. Romney voted “guilty” on article 1, for abuse of power, and “not guilty” on article 2, for obstruction of Congress.

Democrats launched a formal impeachment inquiry in September, a month after an anonymous whistleblower filed a complaint accusing Trump of soliciting foreign interference in the upcoming 2020 election.

A day after the impeachment inquiry was formalized, the White House released a partial transcript of a 25 July call between Trump and the Ukranian president, Volodymyr Zelenskiy, in which Trump told Zelenskiy “the United States has been very, very good to Ukraine” and then asked for a “favor”.

Two months of fact-finding and closed-door depositions were followed by public hearings in December in which multiple White House officials and federal employees defied Trump to testify before Congress. 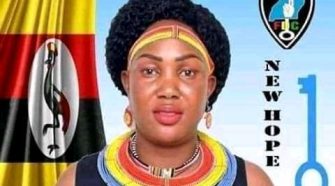 Adyeke: FDC Denied Me Funding Because of My Ties with ‘People Power’, Museveni Bribe Claims Untrue