GOMA – Felix Tshisekedi, the new Democratic Republic of Congo (DR Congo) president and his predecessor Joseph Kabila have agreed to form a coalition government following talks, a statement issued by both parties on Wednesday indicates.

Tshisekedi was declared winner of the December 30 election, making it the first peaceful transition of power since DR Congo gained independence from Belgium in 1960.

Members of the Common Front for Congo (FCC) headed by Kabila and Tshisekedi’s Cap for Change (CACH) met early this week to discuss power sharing.

“The Common Front for Congo (FCC) and Cap for Change (CACH) affirm their common desire to govern the country “as part of a coalition government,” the statement issued on Wednesday after the talks said.

While the December 30 results have been disputed by Martin Fayulu, the presidential run-up, members of African Union and the United States have recognized Tshisekendi as the country’s new President.

“Like we have stated before, Tshisekedi never won the presidential election and it’s Kabila playing games in order to stay in power but we shall not allow this kind of manipulation,” Fayulu told this news website on Thursday.

Tshisekedi’s group performed poorly in the House, managing to field only 50 members out of 485 seats. Kabila’s party has 342 seats. Weeks ago, Tshisekedi spoke of lack of support from Kabila’s coalition members of parliament to appoint a prime minister.

However, after the power-sharing discussions which lasted 2 days, Tshisekedi was given a green light to go ahead and appoint a new prime minister.

Political observers believe while Kabila accepted to step down after 18 years as president following the assassination of his father, he will still be “in charge” with Tshisekedi acting as president but with no powers to exercise his duties. 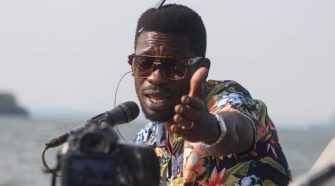