President Museveni meeting with the Chairman and founder of Tullow Oil Company, Mr. Aidan Heavey and his delegation at State House

President Yoweri Museveni has received the Chairman and founder of Tullow Oil Company, Mr. Aidan Heavey, who paid a courtesy call on him at State House, Entebbe last evening.

Mr. Heavey thanked President Museveni for allowing the company to operate in Uganda since 2004 in the Lake Albert Rift Vally Basin in Western Uganda.

“It has been a great pleasure working here for the last 14 years,” he said.

Tullow Oil plc, is a multinational oil and gas exploration company that came into being in 1985 in Ireland with headquarters in London, the British capital.

It is one of the largest independent oil and gas exploration and production companies in Europe. Tullow’s major focus is on Africa and the Atlantic Ocean margins’ basin and has been a dominant player in Ghana, French Guiana, Uganda and Kenya. 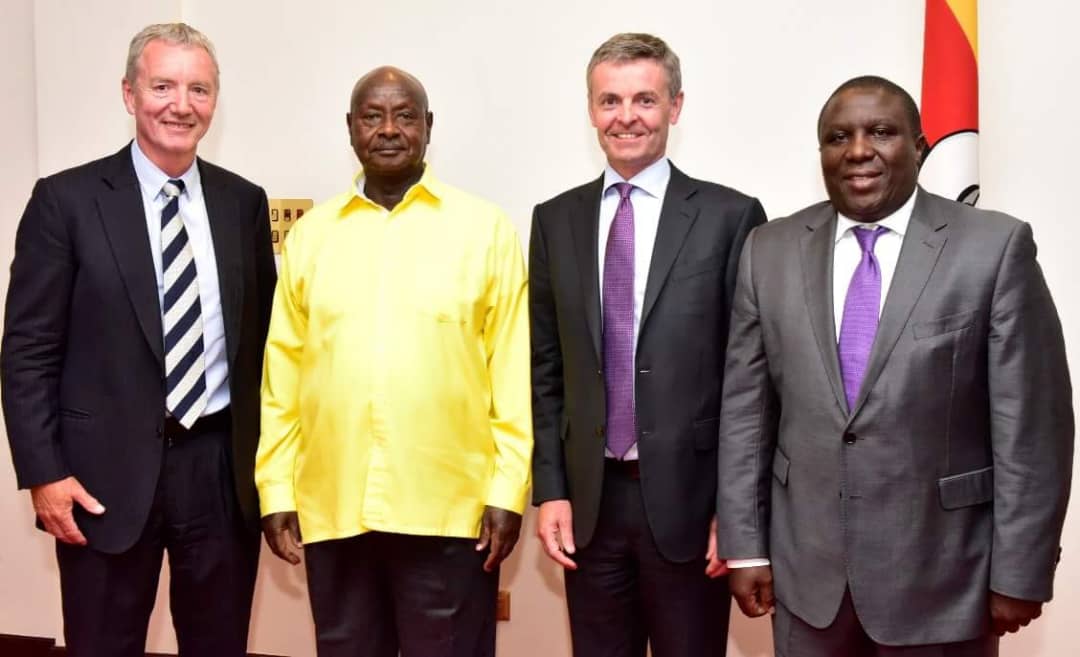