The whereabouts of two of the 100 Cuban specialist doctors hired by the government of Kenya last year, are not known after being kidnapped by unknown people on Friday morning as they headed to Mandera Hospital where they work.

According to Kenya’s Police Spokesperson, Charles Owino, the abduction took place in Mandera township authorities have since recovered the car the doctors were used and their driver is under interrogation.

“They were abducted on their way to work and the vehicle that was ferrying the doctors has been recovered. We have arrested the driver who is currently being interrogated,” he said.

It is reported that the abductors moved with the victims to the direction of Somalia, after shooting their bodyguard, causing suspicion that the kidnappers could be part of the Somali militant group, Alshabab.

In July last year, a number of Cuban doctor fled Mandera county on fears of terrorist threat, but the duo insisted, saying they would press on.

They were however rescued by joint security team unharmed and reunited with their families. 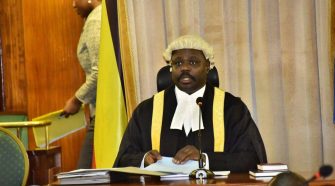 Govt Commits to Pay All Traders Owed by S.Sudan Amid Pressure from MPs