Police in Tanzania is holding two Kenyan journalists on allegations of entering into the country without authorization.

They are reported to have been in Tanzania interviewing members of public on the Coronavirus situation in the country.

According to ACP Jonathan Shanna, the Arusha Regional Police Commander, the pressmen were arrested on May 16 at around 1pm after entering Tanzania through Longido using an unauthorized route in Namanga area.

He said the duo could not produce documentation as required by the law of the land.

“They will be charged with entering Tanzania illegally without authorization,” says Shanna in a statement.

So far, the country has reported 509 cases and 21 fatalities.

The Tanzanian government has been accused of hiding Covid-19 statistics with the United States of America (USA) embassy saying hospitals in the country are overwhelmed. The last time the authorities released an official update on the global health crisis was on April 29.

The accusation followed suspension of journalist Talib Ussi Hamad who works with Daima daily newspaper, for six months on Monday, for reporting on COVID-19, days after the Mwananchi daily newspaper had its license suspended after it posted a photo of President John Pombe Magufuli out shopping surrounded by a crowd of people, eliciting online discussion on the country’s approach to addressing COVID-19.

Mwananchi newspaper was suspended and fined five million Tanzanian shillings (about £1760) for publishing a photo of the president buying fish in his home village of Chato, in northwestern Tanzania, on 13 April, apparently breaching global social distancing guidelines. Authorities said the photo was not recent.

On 2 April, three other media organisations – Star Media Tanzania Ltd, Multichoice Tanzania Ltd and Azam Digital Broadcast Ltd – were each fined the same amount and ordered to apologise for “transmission of false and misleading information” on the country’s approach to managing COVID-19. 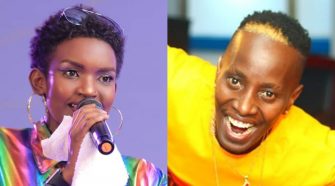