GOMA- The World Health Organisation today announced the end of the ninth outbreak of Ebola in the Democratic Republic of Congo (DRC Congo) and congratulated the country and all those involved in ending the outbreak.

“The outbreak was contained due to the tireless efforts of local teams, the support of partners, the generosity of donors, and the effective leadership of the Ministry of Health. That kind of leadership, allied with strong collaboration between partners, saves lives,” said Dr Tedros.

Unlike previous Ebola outbreaks in the country, this one involved four separate locations, including an urban centre with river connections to the capital and to neighbouring countries, as well as remote rainforest villages.

There were initial concerns that the disease could spread to other parts of DR Congo, and to neighbouring countries.

Within hours of the outbreak being declared on 8 May, WHO released USD 2 million from its Contingency Fund for Emergencies, deployed a team to augment capacity in the field, and activated an emergency incident management system.

Dr Tedros urged the DRC government and the international community to build on the positive momentum generated by the quick containment of the Ebola outbreak.

“This effective response to Ebola should make the Government and partners confident that other major outbreaks affecting the country such as cholera and polio can also be tackled,” said Dr Tedros.

“We must continue to work together, investing in strengthened preparedness and access to healthcare for the most vulnerable,” he added.

An Ebola outbreak was declared in Bikoro, DRC on May 8 and a day later, the first WHO and Ministry of Health response team arrived in the provincial capital Mbandaka to begin setting up the specialized cold chain needed to store a vaccine.

By 11 May, teams had started to trace contacts of all active cases and WHO partners were setting up treatment centres in Bikoro. The next day, an air bridge was established to Bikoro and a mobile lab deployed to speed up testing for infection.

After 6 days into the response to the outbreak, the first batch of more than 4,000 doses of vaccine was on its way from Geneva to Kinshasa, marking the first time vaccines were available so early in a response.

As of 7 June, there were a total of 59 confirmed, probable and suspected Ebola cases, of which 27 people had died. A new case was confirmed on 6 June.

One month after the outbreak, the focus was moved from urban areas to some of the most remote places. 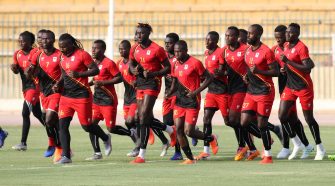