Jimmy Patrick Okema, the Aswa River Region Police Spokesperson told our reporter that the duo met their fate at around 9 am when they responded to a reported case of robbery of a vehicle registration number UAU 327E which belongs to Moses Kato, a resident of Gulu East Division. The case was reported to Paicho Police Station under SD 04/14/07/2020.

Okema revealed that the officers were beaten to coma and that in the process, a riffle No. UGPOL 56-31002043-1583 with 29 rounds of ammunition was robbed from them.

He adds that the police officers have been rushed to Gulu Regional Referral Hospital where they are getting treatment. Meanwhile the gun and the ammunition have been recovered and the suspects arrested at detained at Gulu Central Police Station.

They have been charged with attempted murder and robbery under Gulu CRB 775/2020. 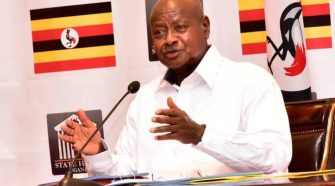