Two of the 25 shortlisted applicants for the WorldRemit Future Stars football coaching programme are from Uganda.

The Future Stars programme was launched in August to offer local coaches from across Africa the chance to attend an exclusive new training camp with Arsenal’s top Soccer Schools coaches in London.

The programme is a new initiative set up by WorldRemit, the official online money transfer partner of Arsenal Football Club, to recognise and reward the valuable contribution that youth coaches make to the communities they serve.

The programme received around 700 applications in just over one week from across Africa. A shortlist of 25 coaches has been selected by a judging panel of representatives from Arsenal and WorldRemit. In recognition of their hard work, the 25 shortlisted coaches will receive official Arsenal shirts for their youth team.

The two shortlisted coaches from Kampala and Gulu expressed their intentions to use football to have a positive impact on their community, such as generating exposure for the teams in their villages and raising the standard of coaching for children with disabilities.

From the 25 shortlisted applicants, five finalists chosen by the judges will go through to a public vote, where they will compete for the chance to train with Arsenal Soccer Schools coaches. The five finalists will be featured on the futurestars.worldremit.com website and voting will open in the last week of September.

WorldRemit will sponsor the successful applicant’s travel to London in October to attend the Future Stars camp. The applicant will also be equipped with coaching skills which they can take back to build a lasting legacy of coaching excellence in their country.

Sharon Kinyanjui, Head of East and Central Africa at WorldRemit said: “The high volume of entries we received from Uganda is a clear indication of the importance of youth football coaching in the community and the vital role of sport in the community. We see the strength of the entries from Uganda as a very promising sign for the country’s future.”

“Like these coaches, our customers are helping to build a better future for others. Our goal is to make it easier for them to do so. Following their example, we hope to use opportunities like our partnership with Arsenal to have a positive impact on communities across the globe.”

“Arsenal prides itself on excellence in all it does and we were very impressed with how strongly this commitment to outstanding coaching was reflected by Ugandans.”

Simon McManus of Arsenal Soccer Schools said, “what these coaches have already done in developing their coaching shows the immense potential of coaching in Uganda to inspire confidence and encourage positive social change.”

The standard of entries was very impressive, making this a real challenge for the judges. We are eagerly anticipating the final results and look forward to welcoming the successful coach to London.”

Ugandans in the Future Stars shortlist

Douglas Smith: Douglas who hails from Ibanda district is a founder and coach at Ibanda Young Stars Soccer Academy. He is a strong believer in the power of football to bring about social change.

Since the academy was founded in March 2017, more than 200 children have been involved in its programs, and Douglas was recently nominated in the Outstanding Sports Personality category of the 2018 Young Achievers Awards in Uganda.

If he were to win a training session with Arsenal coaches, he would use the opportunity to network and learn from the Arsenal Soccer Schools coaches and shine a spotlight on his young players from the villages of Ibanda.

Musema Faruk: Faruk is from Gulu and an inclusive sports coach for children with disabilities at GDPU (Gulu Disabled Persons Union).

With a passion for sports, Musema developed a proposal for sports coaching sessions when he joined GDPU, which was funded for two years by USAID (U.S. Agency for International development). He currently teaches football for under 13 and under 16 teams with hearing difficulties, helping them to hone their football skills as well as build their self-esteem.

If he were to win a training session with Arsenal coaches, Musema would share what he had learnt with other coaches in his community to enrich the quality of their coaching. He would also use the opportunity as a platform to share his experience of working with children with disabilities. 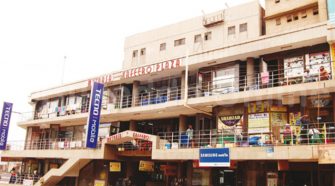