The victims have been identified as Niwagaba Ronald, 18 and Tweheyo Dan 16, both primary seven pupils of Rukarara Primary School in Kanyantorogo sub-county in Kanungu district.

According to Elly Matte, the Kigezi region police spokesman, the duo were harvesting bananas from the uncle’s banana plantation in DRC. They were part of a group of eight children who were working in the banana plantation. Police says the rest were left to go.

He said one of the kidnappers was “putting on an army uniform with a gun, then, the second one in civilian armed with a panga.”

Investigations into the matter and efforts to rescue the victims are underway, the Kigezi police spokesman said.

A couple of weeks ago, security rescued an American tourist Kimberly Sue Endicott and her guide Jean Paul Mirenge from the forests of the Democratic Republic of Congo (DRC) where armed gunmen had taken them after abducting them from Queen Elizabeth National Park. 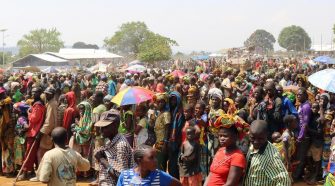