The U.S embassy in Uganda says it has strong confidence in the capacity of the Ugandan government in fighting Ebola which has so far killed two people in Kasese district.

Uganda has registered the second death out of the now three confirmed Ebola cases in the western district of Kasese, the Ministry of Health has confirmed.

On Wednesday, the Minister of Health, Dr Jane Ruth Aceng, said two more Ebola cases had been confirmed, a day after the Ministry together with World Health Organization (WHO) announced an outbreak of Ebola in Uganda.

The first confirmed case was a 5 year old Congolese child who traveled from the DRC with his family on 9th June 2019.

As of Wednesday, a total of 8 people from the same family were being closely monitored at the Ebola Treatment Unit (ETU) in Bwera Kasese.

The family had crossed into Uganda from DRC where the virus has so far two thirds of the 2,000 Ebola cases recorded so far.

In total, Uganda has reported three confirmed cases, three suspects and two cases that are yet to be defined.

But one of the positive cases – the grandmother of the 5-year-old deceased boy- also died on Wednesday evening.

In the wake of the outbreak, the U.S embassy has issued a statement indicating that: “The United States has strong confidence in the Ugandan government’s ability to respond to the outbreak in coordination with partners”.

“The U.S. government has invested heavily in Uganda’s preparations to manage Ebola through both technical and financial assistance, and we will continue to provide assistance to prevent the spread of the disease”.

On the same day, the Minister of Health had lauded the health teams in Bwera for a “commendable job” which she attributed to the preparations during the last 10 months.

“The treatment unit is running on course. Everything is moving on as planned. The district is working in a very streamlined manner with the partners and the centre has a very good coordination,” she said.

The U.S health agency, Centres for Disease Control and Prevention, (CDC) said on Wednesday that Uganda has recently undertaken a simulation exercises to ready teams on transporting and handling Ebola specimen.

“CDC’s aim in Uganda is to build capacity for full-fledged, real time deployment and response in case of an outbreak,” CDC said on Twitter. 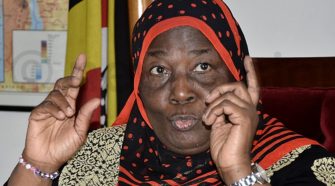