The U.S. government has sanctioned Uganda’s former Inspector General of Police (IGP) Gen Kale Kayihura for presiding over an entity that allegedly engaged in human rights abuses and corruption.

This is contained in a statement released by the U.S Department of Treasury’s Office of Foreign Assets Control (OFAC) on Friday.

As such, the Office says the sanctions include a visa ban for Kayihura under section 7031(c) of the Fiscal Year 2019 Department of State, Foreign Operations, and Related Programs Appropriations Act (P .L. 116-6) due to Kayihura’s involvement in gross violations of human rights.

The U.S government says Kayihura was a leader or official of “an entity that has engaged in or whose members have engaged in serious human rights abuse against Ugandan citizens, as well as for his involvement in corruption”.

They say the General used corruption to strengthen his political position.

“The U.S. government is committed to leveraging our human rights and corruption authorities to target, disrupt, and counter those who engage in abuse and corruption around the world.”

As a result, all property and interests in property of Gen Kayihura, and of any entities that are owned, directly or indirectly, 50 percent or more by him alone or with other designated persons, that are in the United States or in the possession or control of U.S. persons, are blocked and must be reported to OFAC.

OFAC’s regulations generally prohibit all transactions by U.S. persons or within (or transiting) the United States that involve any property or interests in property of designated or otherwise blocked persons.

Kayihura is accused by the U.S government of using bribery to strengthen his political position within the Government of Uganda, stealing funds intended for official Ugandan government business, and using another government employee to smuggle illicit goods, including drugs, gold, and wildlife, out of Uganda.

Nalufenya detention facility which was in Kayihura’s tenure said to have been a torture chamber for suspects, is another reason the General is facing U.S sanctions. Uganda’s political opposition as well as rights campaigners had repeatedly appealed for the detention facility in Jinja to be shut. It has since been turned into a Police station.

The U.S says that while he was IGP, Kayihura led individuals from the UPF’s Flying Squad Unit, which engaged in the inhumane treatment of detainees at Nalufenya.

“Flying Squad Unit members reportedly used sticks and rifle butts to abuse detainees, and officers at Nalufenya are accused of having beaten one of the detainees with blunt instruments to the point that he lost consciousness”.

“Detainees also reported that after being subjected to the abuse they were offered significant sums of money if they confessed to their involvement in a crime”.

Today I publicly designated former Inspector General of the #Uganda Police Force Kale Kayihura for his involvement in gross violations of #HumanRights. We will continue to promote accountability for those who violate human rights. https://t.co/smvIbzFtAY

In Uganda, General Kayihura is facing charges of failure to protect war materials, failure to supervise arms and aiding and abetting the kidnapping of refugees from Uganda.

He was arrested in June last year and put in military detention before he was charged in the army court. He was later released on bail.

The State alleges that between the years 2010 and 2018, on various occasions, Kayihura allowed the issuance of arms and ammunition to unauthorized persons including the rogue group Boda Boda 2010 headed by Abdallah Kitatta. This is contrary to Section 122, Subsection 1, Subsection 2 Clause (d) of the UPDF Act.

Prosecution also accuses the General of failing to supervise and ensure accountability for arms and ammunition assigned to the Flying Squad, Crime Intelligence Directorate, Specialized Operations Unit and Witness Protection Unit between the year 2010 and 2018.

Kayihura is also accused of aiding and abetting actions of subordinate police officers in which Rwandan refugees and Ugandan citizens were illegally repatriated to Rwanda. Among those repatriated was Lt Joel Mutabazi, Jackson Karemera and Sgt Innocent Karisa. 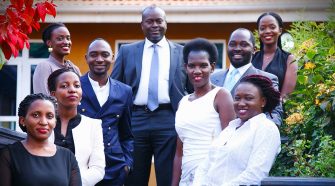