The State Department on Friday urged US citizens to leave Iraq immediately after the Pentagon confirmed late Thursday that President Trump ordered an airstrike that killed top Iranian General Qasem Soleimani, the head of the Iranian Revolutionary Guard Corps-Quds Force.

“Due to heightened tensions in Iraq and the region, we urge U.S. citizens to depart Iraq immediately,” the State Department tweeted.

They also warned that American citizens “should not approach” the U.S. embassy in Baghdad, after protesters on Tuesday stormed the facility following U.S. launched airstrikes on an Iranian-backed militia over the weekend that killed 25 people.

“Due to Iranian-backed militia attacks at the U.S. Embassy compound, all consular operations are suspended. U.S. citizens should not approach the Embassy,” the State Department continued. Trump retweeted the message early Friday morning.

Trump also retweeted a message from the U.S. Embassy in Iraq calling on American citizens to depart the country via airline “while possible” or through other countries.”

The Pentagon confirmed in a statement Thursday that “This strike was aimed at deterring future Iranian attack plans,” adding “The United States will continue to take all necessary action to protect our people and our interests wherever they are around the world.”

He said that the “cruelest people on earth” assassinated the “honorable” commander who “courageously fought for years against the evils and bandits of the world,” calling for three days of mourning, Iran’s semi-official Fars News Agency reported.

“The demise of our selfless and dear general is bitter, but the continued fight and achievement of the final victory will make life bitterer for the murderers and criminals,” he said.

Daniel Kaluuya: I Wasn’t Getting Roles in England Because of the Colour of My Skin

Iran Admits it Shot Down Ukrainian Jet, Says it Was Unintentional 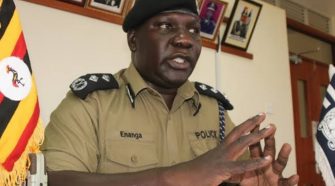