Communication regulator, Uganda Communications Commission (UCC) has tasked telecommunication company, Airtel Uganda, to furnish the Commission with technical evidence on the capacity of its 4G network across the country.

This according to UCC is as a result of complaints from some users regarding the quality and internet speeds on the Airtel 4G network.

It is alleged that Airtel Uganda Ltd is deceiving the public that it is providing a 4G network service across the country even in areas where it is not.

As such, the Commission lodged investigations into the matter and sampled towns of Kampala, Mukono, Entebbe and Jinja to establish the level of coverage and download throughput of Airtel’s 4G network.

“The Commission found that whereas Airtel’s LTE signal was available in over 90% of the areas sampled, the network speeds were much lower than what is internationally expected for a 4G network service,” reads a letter from UCC.

It says in accordance with sections 45 and 48 of the Uganda Communications Act 2013 and Regulation 28 of the Communications (Practice and Procedure) Regulations 2005, Airtel Uganda Limited has been asked to furnish the Commission with technical evidence to prove that it provides the claimed 100% 4G network service across Uganda in terms of performance and geographical coverage.

Airtel has as well been directed to show cause why regulatory sanction(s) should not be instituted against it for misrepresenting to its customers and the general public about its network quality and speeds and submit the requisite evidence and representations within fourteen (14) days.

In its recent campaign, Airtel ran adverts on various media claiming it had covered the country including areas as remote as Acholi with 4G network. 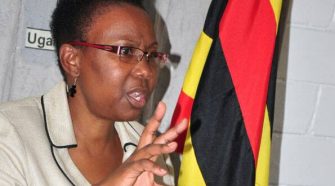