Uganda Communications Commission (UCC) has directed NBS Television to suspend with immediate effect three members of staff including the Producer, Head of News and Head of Programmes for airing what the communications regulator says is content that does not meet the minimum broadcasting standards.

UCC’s directive is in reference to the events that occurred on Monday when opposition politician, Robert Kyagulanyi (Bobi Wine) was arrested by Police and later remanded by court to Luzira prison. Police accused Bobi Wine of holding an unlawful assembly which is a violation of the Public Order Management Act.

Now, NBS has been faulted for airing the events live as well as in their news bulletins in a manner that was according to UCC unbalanced and inciting violence.

“The Commission has noted with concern that the nature of the content aired on NBS Television particularly during live programmes, breaking news and main news bulletins does not comply with the minimum broadcasting standards,” the Executive Director of UCC, Eng Godfrey Mutabazi said in a statement on Tuesday.

The said programs contain content that misrepresents information, views, facts and events in a manner likely to mislead or cause alarm to the public,” Mutabazi said.

He further accused the television of carrying messages that are extremist or anarchic including incitement of violence for political and or other purposes.

“The content incites the public against other members of the public on the basis of their political religious cultural and tribal affiliations which is likely to create public insecurity or violence,” the statement adds.

UCC adds that the said programmes are presented in a manner that is unbalanced, sensational and often give prominence to certain individuals and or groups of people which is a breach of the Minimum broadcasting standards as enshrined in Section 31 schedule 4 of the Uganda Communications Act 2013.

As such, UCC says it has commenced full investigations to determine whether or not the manner in which NBS Television presents its live broadcasts and news stories is in accordance with the expected standards and codes of ethics of ethics. The Commission cites Section 5 1)(j) and 45 of the Uganda Communications Act 2013.

In light of this, the communications regulator has directed NBS to immediately suspend the Producer, Head of News and Head of programmes pending conclusion of the investigations. This, UCC says, is “in order to avoid the reoccurrence of similar breaches during the probe” as well taking into consideration that NBS Television has previously been warned on the same.

The Television has also been ordered to submit to the Commission the names, particulars and qualifications of the three staff; Producer, Head of News and Head of Programmes.

UCC is also demanding that NBS tenders in all recordings of all live programs and news bulletins aired on the 29th of April 2019.

“Please note that should NBS Television fail/or otherwise refuse to comply with any of the above directives, the Commission shall proceed to determining this complaint and may issue any regulatory sanctions against NBS Television Limited in accordance with Section 41 AOF THE Uganda Communications Act 2013,” Mutabazi said. 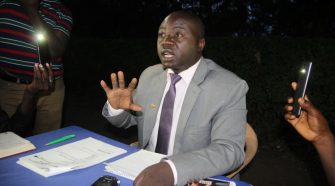