Communications regulator, Uganda Communications Commission (UCC) has issued a warning against dissemination of offensive content, hate speech, phonography and inciting violence using social media platforms. UCC says that there are increasing complaints against content regarded as offensive and that perpetrators risk to be investigated and prosecuted.

“The Commission is increasingly receiving complaints against offensive and illegal content that is sent, shared and/or otherwise broadcast through electronic communication platforms,” the statement read.

The warning further stated that digital platforms are being used “to perpetrate illegalities like sectarianism, hate speech, inciting public violence and prejudice, pornographic content among others, which is not only exposing the unsuspecting public to financial, social and emotional distress but also posing serious national security concerns.”

“This is therefore to advise the general public against irresponsible and/or illegal use of all communication platforms and to be extra careful while using social media and all other forms of electronic communication.”

To this effect, social and electronic communication platform users, account managers and administrators have been cautioned to restrain themselves and group members from authoring, posting, receiving and sharing or forwarding such content.

UCC added that users found to be responsible “risk being investigated and/or prosecuted for aiding and abetting the commission of any resultant offences.”

UCC is mandated through the Uganda Communications Act 2013, to among other things, monitor, inspect, license, set standards and enforce compliance relating to content.

Section 2 of the Act defines “communications services” as services consisting of the dissemination or interchange of audio, visual or data content using postal radio or telecommunications media, data communication and includes broadcasting. 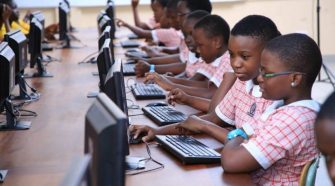 Why Schools Shall Remain Closed for the Next 14 Days