An employee of Uganda Electricity Distribution Company Ltd (UEDCL) in Kanungu died instantly after he was hit by an electricity pole in the course of his work, Police has said.

The incident occurred on Thursday at around 3pm at Nyakabungo village Rugyeyo sub-county in Kanungu district.

Police say a 35 years old man identified as Ivan Mbabazi was hit by an electricity pole and died instantly. Mbabazi, a casual labourer attached to Uganda Electricity Distribution Company Ltd (UEDCL) Kanungu branch and resident of Nyamirama sub-county in Kanungu died while at work with other staff.

The team was trying to give support to an old pole and in the process, the pole overpowered them, hitting the deceased.

He was rushed to Katete Health Centre Four where he was pronounced dead on arrival.

Police spokesperson for Kigezi region, Elly Matte said that the incident was unfortunate and urged the public to take precaution whenever they are involved in such work.

“I want to call on our people that while at such work, they should always take safety measures because that’s the only way we can avoid deaths of innocent citizens,” Matte said in a statement. 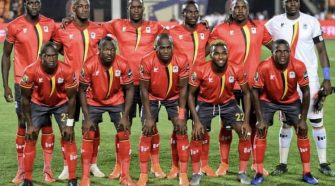 Sebastian Desabre: Uganda’s Friendly Against Kenya Will Improve the Team